Fonko: A film on changing Africa

We speak to directors Lars Lovén and Lamin Daniel Jadama about the documentary series capturing an avalanche of striking, innovative and visual music and portraying social and political change in Africa.

In the West African Manding language, Fonko means ”the thing”. In Wolof, it means ”to respect” something. Fonko came about as a result of needing to balance the image of the continent of Africa, its history and people, where it is heading and what questions it is facing. It is also, however, about adding context to the great complexities that come with colonial heritage.

We met at a hotel in Ethiopia, the two of us, during a music festival. Immersed in new music from all over the continent, but also frustrated about the lack of recognition for much of it in the rest of the world, where the mention of Africa and African culture still very much produces images of poverty and traditional music.

After talking about books, magazines and radio shows, we decided to make a television series. At first, in our minds, it was to be strictly a music series, one about the great musical revolution of our time as we saw it. Soon, however, we knew it was to become something else, or perhaps something more. The music couldn’t be separated from the social upheaval in these often fast developing countries, and from what had happened when they liberated themselves from the colonial oppression half a century ago – just to find that they were still not free at all. For many of these artists, mixing traditional elements and modern music is also a kind of exorcism, a battle in an ongoing struggle against the lasting colonial mentality.

In Lagos, Nigeria, we met with Femi and Seun Kuti, sons of the now deceased iconic revolutionary musician and activist, Fela Kuti, who with his non apologetic voice and opinions, gave birth to afrobeat in the 70s. It's a music genre and a legacy that still influences musicians today. In a car journey to the airport, through dense traffic, Seun told us about being the son of a legend, and trying to further his father’s heritage. After all, he explains, while Lagos has become one of Africa's most populous cities and Nigeria has just overtaken South Africa as the continent’s biggest economy, much of the injustice that Fela fought is still there.

We found that in music, culture and the arts we had a great tool with which to tell the story of the young generation both on the continent and in the diaspora. That said, to tell this story, one cannot ignore the work of those who paved the way.

In Ghana, another West African Country, we walked the streets with provocative singer Wanlov the Kubulor while fans of his passed by, calling his name and waving in his direction. Wanlov has upset religious leaders and politicians in this conservative country, ridiculing homophobes and religious extremists with his group FOKN Boys. While enjoying fame in Ghana, Wanlov still leads a simple life and is recognised for never wearing shoes. This is a practice he keeps even on tours of colder countries.

In Dakar, we had to switch our French speaking skills when we spent time with African hip hop pioneer Didier Awadi. We met up at his studio, one he named after revolutionary leader and Pan African icon Thomas Sankara from Burkina Faso. Awadi spoke at length about music as a tool for debate and change. Interestingly, it wasn't simply from a theoretical viewpoint. The hip hop artists played a crucial role in shaping the protest movement that helped to preserve democracy in Senegal when it was threatened by the president of the country.

Through these meetings, we also became increasingly conscious about how this story should be told. Whose world are we talking about, and from what perspective are we branding and valuing this music? In addition to that was the question - what is the difference between western pop music and mainstream pop music from, say, Nigeria?

Nowhere is that question as valid as in South Africa. While being very much international house music, SA house still has such a strong and unique identity and is deeply rooted within society. Having travelled there, we felt that it symbolised something beautiful, strong and inspiring that we wanted to communicate in Fonko, rather than the often repeated images of a continent filled with war, famine and poverty.

At the same time, however, one cannot be naive about what has taken place in the past, as well as the injustices that continue. It was therefore important for us to try to be a vessel that would further those voices on the ground, from the people who live and work and make wonderful music there, rather than to come and tell our story, something that has happened too many times before, an suggestion that Africans couldn't speak for themselves.

As 2Face Idibia, one of Nigeria’s top artists, says in Fonko: ”The world has grown beyond all those traditional-traditional things. Nigerians have come to stay. The boys are hungry. Their eyes are red. They are ready to go toe to toe with anybody in the world.” 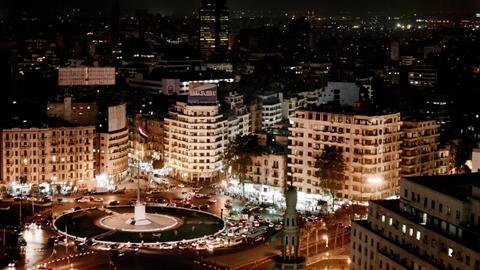