A new book by Turkiye’s Communications Director highlights the world’s broken justice system after 9/11 and proposes a “more just world” in light of Ankara’s positive role in global politics.

Professor Dr. Fahrettin Altun’s book titled Turkiye as a Stabilizing Power in an Age of Turmoil, analyses steps taken by Turkiye in foreign policy and its conjuncture in world politics.

In the book published in late 2021, Altun, Turkiye's Communications Director, defines the country as a “stabilizing power” – a definition which not only highlights its strength and geopolitical advantage, but also the positive use of its power, writes Dr Veysel Kurt, Faculty Member of Istanbul Medeniyet University.

The book argues that a conflict-free world with sustained stability is hardly possible, however, the intention of states and their policies can deepen, reduce or mitigate these conflicts.

In recent years, Turkiye's proposals for the reform of the international system, its increased humanitarian aid efforts and interventions in conflict zones provide concrete examples of how stability can be achieved.

Turkiye’s steps towards addressing political and humanitarian crises caused by the Covid-19 pandemic, civil wars and natural disasters are given as tangible examples of the country’s foreign policy.

In each of the examples presented by the book, Turkiye's roles in negotiations or interventions have been aimed at reducing international conflicts, such as the Annan Plan in Cyprus.

The book also illustrates the phenomenon of inequality, which was present during the Cold War period, and has only changed its form in the nineties.

It argues that optimism that emerged after the Cold War and the United State’s promise of peace and prosperity were limited to certain geographies of the world.

While in contrast, Africa, the Balkans and many parts of the world faced ethnic conflicts, civil wars and humanitarian tragedies.

The book also draws an analogy between the global atmosphere after 2001, and contemporary conflicts and humanitarian tragedies.

It says that immediately after the September 11, 2001 terror attack on the Twin Towers, the US took an aggressive policy stance, destroying the prior global atmosphere of solidarity.

The aggressive strategy established by the US to pursue its own interests, with the rhetoric of "either you are with us or with the enemy" put the world in the cycle of irreversible conflict.

While very little of the stability and prosperity of the US is reflected in the rest of the world, its political and economic crises cause global repercussions.

The economic devastation caused by the 2008 economic crisis in many countries has also led to similar results, and the tragedy and destruction caused by the invasions of Afghanistan and Iraq has still not been repaired, the book said.

Altun’s work says the picture that emerged during and after the Cold War indicates a simple truth: Despite optimistic rhetoric and promises, modern international order is built on the self-interest of big global players.

READ MORE: Fahrettin Altun: Turkiye will not turn its back on Ukraine

The book begins by determining the faults and failures of existing systems, which became more visible after Covid-19 took the world by storm.

Altun’s book makes the point that conflicts and instability are inevitable in modern politics and it is not unique to the period we live in, but modern international institutions were built to minimise their effects such as the United Nations.

However, whether or not these international systems have achieved this mission during the Cold War era and after is an important question Altun explores.

The book says the UN has moved too far away from claims and promises about basic goals such as security, stability and peace – clearly seen both in the bloc’s handling of conflict zones and the Covid-19 pandemic.

Conflicts during the Cold War era, civil wars during the 1990s, and the current Syrian crisis are also reflections of the failure of the system, the text says.

Not only did the system itself fail to prevent conflicts, alongside institutions and actors, the book argues that the US also failed to supply humanitarian aid needed to alleviate the tragedy that emerged as a result of American wars.

The inequality in accessing basic human needs such as education and health services is also growing day by day, Altun warns.

In contrast, the book shows how Turkiye stands at an exceptional point, with its efforts towards humanitarian diplomacy, foreign aid and conflict prevention.

The country hosts nearly five million refugees and ensures the safety of four million people trapped in Syria’s Idlib. It also donated to more than a hundred countries during the pandemic.

In addition, Turkiye points out the roots of the problems and proposes various reforms in the UN system.

For example, Turkiye suggested removing the veto rights of UN Security Council permanent members, eliminating representation inequality in the bloc, and restructuring the system to be more effective.

More specifically, Turkiye proposes the enlargement of the Security Council, based on concrete criteria to be determined by the General Assembly.

It also draws attention to the situation of underdeveloped countries at every opportunity and the need for the institution to be more active in the face of humanitarian tragedies.

The text points to Turkiye’s President Recep Tayyip Erdogan’s words “the world is bigger than five” and “a fairer world is possible,” which had a global impact.

Among other examples given by the book, Turkiye has also shown resilience to resist the unlawful steps of Greece and the Greek Cypriot Administration in the Aegean and Eastern Mediterranean in recent years.

Turkiye also tried to prevent the civil war in Syria for a long time and made maximum efforts to alleviate the humanitarian tragedies caused by it – its interventions against terrorist organisations also took place within the framework of international law.

Moreover, Turkiye assisted in the rebuilding activities necessary for the stabilisation of regions cleared of terrorism.

Turkiye’s foreign policy work in Iraq and Libya were also given as examples in the text.

The book warns that Islamophobia and the rise of the far-right have crept into foreign policy and proposes a "more just world."

At the same time, it is also a call for the recognition of Turkiye’s contributions to the establishment of stability in the world from Syria to Libya and Africa to Cyprus. 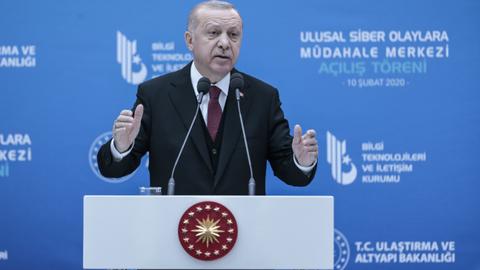 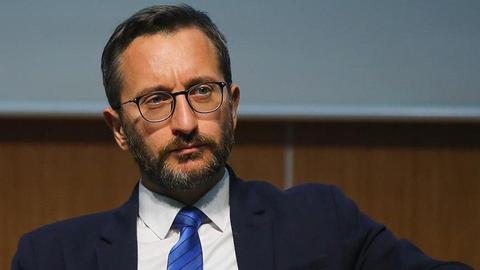