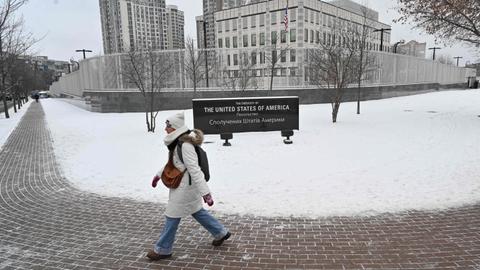 As the Pakistan parliament takes on the 2018 document for a possible constitutional framework; the terror group dismisses signatories as ‘false scholars’.

North African nation is divided over digital survey seeking citizens’ suggestions on changes to the constitution.

Is Greece blocking access to food in refugee camps?

Is the EastMed Gas Pipeline Project a Failure?

Should UK PM Boris Johnson Be Forced Out of Office?

What are the contributions of the Islamic Golden Age?

Report: US charities donated over $105 million to anti-Muslim groups

On patrol with police in Eastern Ukraine

Ukrainians near border hope for peace with Russia

Robot helps schoolboy learning from home be part of his classroom

00:0000:00
This site uses cookies. By continuing to browse the site you are agreeing to our use of cookies. Learn more
Accept