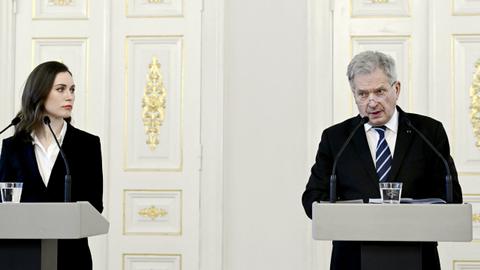 Younger Palestinian journalists remember how Abu Akleh’s coverage inspired them to follow in her footsteps and shaped the way Palestinians tell their own story.

Jubilation, heartbreak in the Philippines after Marcos Jr’s landslide win

Ferdinand Marcos Jr became the first candidate in recent history to win an outright majority in a Philippines presidential election, paving the way for his family to return to power after more than three decades.

AI programme that can turn anything you imagine into an illustration

How colonialism has shaped France’s relationship with the headscarf

Can this smart sock tech help people living with dementia?

Does gaming have a growing extremism problem?

Russia cuts gas supplies to Poland. Is Germany next?

One On One Express

One on One - US Ambassador to UN Linda Thomas-Greenfield

Across the Balkans: Is Moldova Putin’s next target?

NATO on course for major transformation

Ukraine: Russia 'entering a new, long phase of the war'

Lebanon goes to the polls

Bids by Finland and Sweden top agenda at NATO meeting

00:0000:00
This site uses cookies. By continuing to browse the site you are agreeing to our use of cookies. Learn more
Accept