About 70 soldiers killed in attack on Niger military camp - sources

Militants have attacked a Niger military camp near the border with Mali with shelling and mortars, say security sources.

About 70 soldiers were killed in an attack on a military camp in Niger near the border with Mali on Tuesday evening, four security sources told Reuters, in the deadliest raid against the Nigerien military in living memory.

Militants have mounted increasingly lethal attacks across West Africa's Sahel region this year despite the commitment of thousands of regional and foreign troops to counter them.

The attack targeted a base in the western town of Inates, the sources said, near where Daesh’s West African branch killed nearly 50 Nigerien soldiers in two attacks in May and July.

Two of the sources said another 30 soldiers had been wounded.

Nigerien authorities were not immediately available to comment and detail on the attack were limited.

President Mahamadou Issoufou's office tweeted that Issoufou had cut short a visit to Egypt in order to return to Niger "following the tragedy that occurred in Inates". 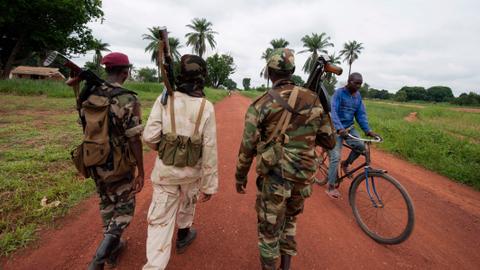