Angolans and foreign dignitaries have gathered for the funeral of long-serving ex-leader Jose Eduardo dos Santos, who died in Spain in July but whose burial was delayed by a family request for an autopsy.

Sunday's memorial service was held at the historic palm tree lined Praca da Republica in the seaside capital Luanda on what would have been dos Santos's 80th birthday.

It comes days after his party, the People's Movement for the Liberation of Angola (MPLA), which has ruled the country for nearly half a century, saw its worst results at the polls in the most hotly contested elections since independence.

Dos Santos, who died of a cardiac arrest, will be remembered as a "statesman and devoted pan-Africanist," former Namibian President Sam Nujoma, 93, told the hundreds of mourners in attendance.

A choir sang dirges while flags flew at half-mast around the square, which houses an imposing concrete mausoleum where the country's founding President Agostinho Neto is interred.

Dos Santos and his family dominated Angolan politics for the 38 years that he ruled, up to 2017.

Under Dos Santos's tenure, Angola became one of Africa's top oil producers. While Dos Santos and his family reaped vast wealth from Angola's resources, most of the country's 33 million people remain among the poorest in the world.

Weakened by age and illness, he stepped down in 2017, appointing Joao Lourenco as his successor, who now stands to gain a second term in office.

With 97 percent of the ballot counted, the electoral commission has given the MPLA and President Joao Lourenco a 51 percent majority, with the main opposition — the National Union for the Total Independence of Angola, or UNITA — trailing with 44.5 percent.

UNITA, which fought a bitter 27-year civil war against the MPLA government, has rejected the results and there have been sporadic protests that were quickly shut down by police.

Five members of the 16-strong election commission have threatened not to sign off the results.

The electoral commission has said the process was fair and transparent. 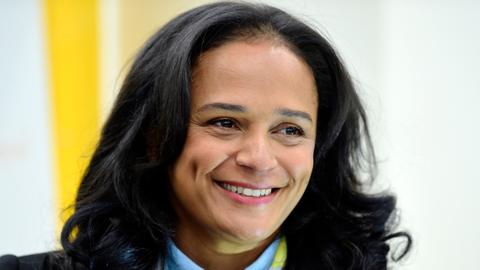