Police fired tear gas to disperse the demonstrators who took to the streets in the latest protest against the country's former colonial power.

Protesters have attempted to storm the French embassy in Burkina Faso's capital Ouagadougou, demanding the expulsion of the French ambassador.

The protesters rallied at the municipal stadium on Friday morning before heading to the French embassy, where they were dispersed by police tear gas, according to the local daily Le Faso.

“Police fired tear gas after negotiations with the protesters asking them to leave the scene peacefully failed. But the protesters responded by stoning the embassy,” it said.

The protesters later reportedly headed toward Kamboinse, about 30 kilometres north of the capital, where a French military base is located.

Video footage showed the protesters, some riding on motorcycles, blowing whistles and vuvuzelas shouting slogans such as “down with France.”

The protesters, mainly youth, accuse France of being responsible for Burkina Faso’s problems, including insecurity.

They also want the military to sever the security partnership with France in favour of Russia.

"We don't want anything more to do with France," said Salif Belem, who was holding a Russian flag.

"Our country is regularly attacked by terrorists. If their (the French) presence doesn't get results, they should move over for other partners."

READ MORE: Two coups in a year in Burkina Faso: what you need to know

There was no immediate comment from the French embassy. But in a statement on previous demonstrations following the September coup, the embassy “firmly denied” any French involvement in the events in Burkina Faso.

France maintains a military presence in Burkina Faso, with a contingent of special forces based in Kamboinsin.

“For a long time, we have said that we no longer want France in our country. It is France that is responsible for our misfortunes. We have protested before but they are still here. But today is the last day...” Le Faso quoted a protester as saying. 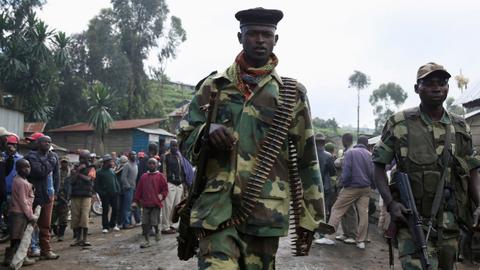 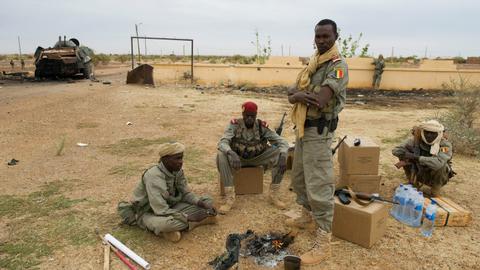