Another two dozen people were wounded as a bomb exploded outside a hotel near the international airport in Somalian capital Mogadishu, officials say.

At least 28 people were wounded when the car packed with explosives and parked near a busy security checkpoint by the city’s airport was detonated by remote control, Captain Mohamed Hussein said.

The powerful explosion occurred in the morning when many people were on the road going to work and others were travelling to attend the Hajj pilgrimage in Saudi Arabia's Mecca.

Many of the victims wounded by the bomb blast have suffered critical wounds, said witnesses.

The city's Madina hospital received 17 bodies and 28 people with wounds, 12 of them in a critical condition, said Mohammed Yusuf, the hospital's director.

Responsibility for the attack was claimed by Somalia's homegrown Al Shabab militants, allied to Al Qaeda.

Ambulance sirens echoed across the blast scene as soldiers at a nearby checkpoint fired in the air to disperse onlookers who gathered nearby and to stop motorists trying to speed through the site amid the chaos.

That attack was the latest in a long line of bombing and assaults claimed by Shabab, which has fought for more than a decade to topple the Somali government.

Somalia has been riven by civil war since 1991, when clan warlords overthrew a dictator, then turned on each other. 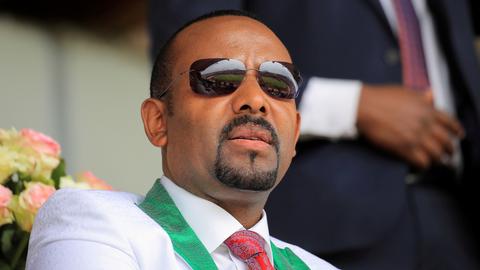