Death toll from two "terrorist" attacks in Niger has risen to almost 100 people, a local mayor has said after returning from the scene of the carnage.

The attacks are the latest in a string of civilian massacres that have rocked the militant-plagued Tillaberi region.

The attacks on the villages of Tchombangou and Zaroumdareye on Saturday were waged by "terrorists who came riding about a hundred motorcycles," said Almou Hassane, the mayor of the Tondikiwindi commune that administers both villages.

"There were up to 70 dead in Tchombangou and 30 dead in Zaroumadareye," he told AFP, adding he had just returned from the scene of the attacks.

The West African nation has previously suffered attacks by militants linked to Al Qaeda and Daesh. Attacks near the western border with Mali and Burkina Faso, and the southeastern border with Nigeria, killed hundreds of people last year.

"We are deeply saddened by the news that many people lost their lives and were injured in a terrorist attack perpetrated against the Tchombangou and Zaroumdareye villages near the Mali border on 2 January 2021," it said in a statement about the attack.

"We strongly condemn this heinous terrorist attack. We extend our sincere condolences to the friendly and brotherly people and the Government of Niger. We wish Allah’s mercy upon those who lost their lives and a speedy recovery to the injured," it added. 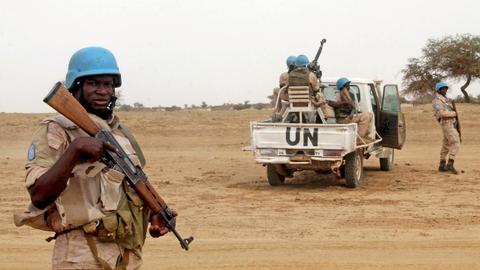