At least 24 people have died after heavy rain caused a flood in an illegal underground textile workshop in a private house in Morocco's Tangier city.

Rescue workers recovered 24 bodies from the property and rescued 10 survivors who were taken to hospital, the MAP news agency said on Monday, citing local authorities.

A search of the premises was continuing.

Local media outlets indicated at least some of the victims may have been electrocuted as the incoming water interfered with power facilities, but there was no immediate confirmation of those reports.

Morocco has experienced heavy rains in recent weeks, after a long period of drought.

Fifty people died in floods in 2014 caused by heavy rains in the south of Morocco.

At least 24 workers died this morning because of floods in an illegal textile production unit in western #Tangier, northern #Morocco 🇲🇦

The industrial unit was hosted in an underground garage, located under a residential villahttps://t.co/B6kVoXKPpQhttps://t.co/2KKeEOpPbC 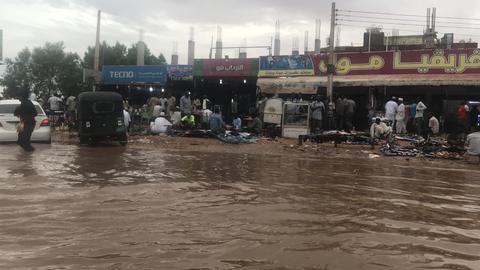