More than 30,000 civilians who fled their homes in the wake of attacks by the Boko Haram have been taking refuge at the camp close to the border with Cameroon since 2015.

At least 14 people were killed and dozens injured when a fire broke out on Thursday at a camp for internally displaced persons (IDPs) in northeast Nigeria.

The incident took place at a camp in Ngala, a small town close to the border with Cameroon, an official of the Borno State government told Anadolu Agency on condition of anonymity.

More than 30,000 civilians who fled their homes in the wake of attacks by the Boko Haram militant group have been taking refuge at the camp since 2015.

President Muhammadu Buhari, in a statement issued by his media advisor Garba Shehu, described the incident as “extremely horrifying."

"It is sad to hear the news of the death of 14 persons and injury to many from a fire incident at an IDP camp in Ngala, Borno State," he said.

Shehu said the president has directed Minister of Humanitarian Affairs, Disaster Management and Social Development Sadiya Umar Farouq “to investigate and report to him on the circumstances leading to the incident and advise on how a future occurrence will be averted.”

Over a decade of Boko Haram violence in the country's volatile northeast region has displaced about three million people, according to a 2019 report by the United Nations Office for Humanitarian Coordination. 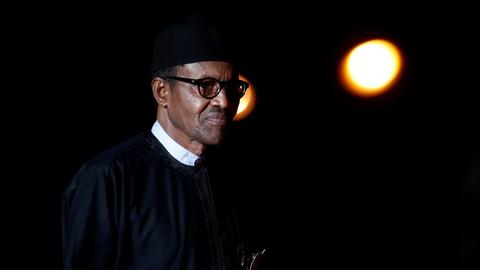