One hundred kidnapped villagers in northwest Nigeria's Zamfara State have been freed after 42 days in captivity.

Nigerian police said it had secured their release on Tuesday following negotiations with their abductors.

The villagers, including women and children, had been kidnapped on July 8 when gunmen stormed Manawa village and took them to their forest hideout, according to Mohammed Shehu, a spokesperson for Zamfara state police.

While hostages are usually released after ransom payment, with those whose families fail to pay often being killed by the captors, the spokesperson said that this time, the release was "unconditional" and had been secured "without giving any financial or material gain" to the gang, AFP news agency reported.

A source familiar with the negotiations told AFP the bandits agreed to release the kidnapped villagers after the police and state authorities "assured them no action would be taken against them for the kidnapping".

The released hostages would undergo medical checks before being reunited with their families, Shehu said.

Heavily armed gangs, commonly described as "bandits", have long plagued northwest and central Nigeria by looting, stealing cattle and abducting for ransom. Militants from the Boko Haram group have also carried out attacks, which very often take place on soft targets like schools.

More than 1,100 people were killed in the first half of 2020 alone, according to rights group Amnesty International.

Bandit gangs operate from camps in the vast Rugu forest, which cuts across Zamfara, Katsina, and Kaduna states in Nigeria, as well as neighbouring Niger.

Nigeria's air force has in the past attacked bandit camps while some northern states have sought to negotiate by offering amnesties in return for disarmament.

But both military deployment and attempted peace deals have failed to end the violence.

Mass abductions of civilians, particularly schoolchildren, have become commonplace in Nigeria as gangs and militants seek to extort ransom money from parents.

On July 5, more than 100 Nigerian children were taken from Bethel Baptist High School in Nigeria's northwestern state of Kaduna. Gunmen raided their dormitories and herded them into the forest.

Mass school abductions have soared this year, with almost 1,000 students kidnapped, according to UNICEF.

Most are released after negotiations but many, including the Bethel boarding school pupils, are still being held in forest hideouts.

The larger proportion of that figure (just below $11 million), was paid out between January 2016 and March 2020, indicating that kidnapping is becoming more lucrative, their report said.

Amnesty International has criticised the Nigerian government for failing to protect children and their right to education, as more than 600 schools have been shut for fear of abductions seven years since 279 schoolgirls were abducted by the armed group Boko Haram in Chibok.

According to the human rights group, a "lack of justice and accountability" has led to an escalation of attacks.

On Monday, 13 policemen were killed in Zamfara state when they were ambushed by a gang as they deployed to protect a village from imminent attack. 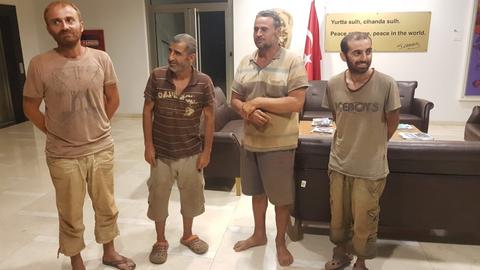