A ban in the west African country against weekday protests, that was ignored by demonstrators calling for the president to step down, has been scrapped.

Togo's government has scrapped a ban on weekday marches after a series of anti-government protests defied the order, the country's security minister and the opposition said on Saturday.

The restrictions were introduced on October 10 on security grounds following a wave of demonstrations that saw hundreds of thousands of people on the streets calling for the removal of President Faure Gnassingbe.

Some protests had resulted in violent clashes with police and soldiers and come amid calls from a coalition of 14 opposition parties for Gnassingbe to step down. In addition, they demand a limit of two five-year terms to be introduced for presidents.

"The measure banning marches during the week has been lifted," Togo's security minister, Colonel Yark Damehame, said. He added security forces were at marches purely as "observers".

"It's up to the organisers to flag up troublemakers," he said.

Coalition spokesman Eric Dupuy said the original protest ban was unlawful. "The regime has to learn to respect the laws of the land."

Talks have been held to discuss the itinerary for planned marches on Tuesday, Wednesday and Thursday, he added.

A government official said there was an agreement to ensure "peaceful protests", with demonstrators sticking to agreed routes and the security forces ordered to be "professional and patient".

France – the former colonial power in Togo – and others have expressed concern at reports of plain-clothes militia working alongside the military and being involved in beatings last month.

More than 500 Togolese nationals from the north – traditionally a Gnassingbe stronghold but where the opposition has gained support – have fled across the border to Ghana and alleged human rights abuses.

The West African regional bloc ECOWAS has urged dialogue between the two sides.

Gnassingbe is the scion of Africa's oldest political dynasty. He has been in power since 2005, taking over after the death of his father, General Gnassingbe Eyadema, who ruled Togo for 38 years.

In his first comments on the unrest, Gnassingbe told his ruling Union for the Republic party last weekend that he was "optimistic" about riding out the protests.

A coalition of independent human rights groups on Saturday said they had recorded 14 deaths in the first protests on August 19 and October 31.

Among the casualties, nine people were shot dead and 236 injured.

At least 40 of the injured were shot, many others beaten, while 60 members of the security forces were also wounded.

Of the nearly 400 people who were arrested, 227 have been freed and 86 charged and sentenced, according to the CACIT umbrella group of organisations.

A separate AFP count put the death toll at 16 with some 200 injuries. 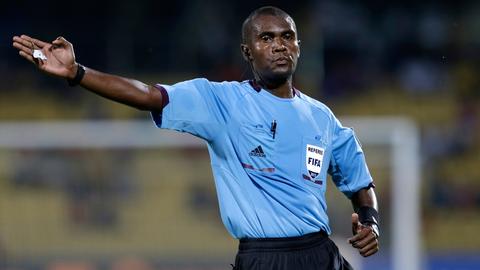 Democratic Republic of Congo sentences 30 to death over Eid clashes