Sudanese protest leaders on Wednesday threatened to launch a nationwide campaign of civil disobedience after accusing the country's military rulers of delaying the transfer of power to a civilian administration.

Thousands of people remain camped outside the military headquarters in Khartoum nearly four weeks after the armed forces toppled autocratic president Omar al-Bashir as demanded by a months-long protest movement.

The two sides are grappling over whether an overall ruling council that would replace the existing army council, which is made up solely of generals, should have a civilian or military majority.

Last week the Alliance for Freedom and Change protest group handed over its proposals for a civilian structure, including executive and legislative bodies, that it eventually wants to rule Sudan after replacing the generals.

The 10-member military council late on Tuesday said it agreed to the overall proposals, but had "many reservations".

The protest leaders said on Wednesday that the military council was delaying the entire transfer of power.

"The military council's response to the proposals of the Alliance for Freedom and Change was disappointing and risked putting the country in jeopardy," protest leader Khalid Omar Yousef told reporters.

Responding to a journalist's question on what steps demonstrators would take after the army expressed reservations, Yousef threatened "escalatory measures".

"The measures of escalation for us are defined — they are continuing with the sit-in, and we are now preparing for a civil disobedience" campaign across the country, he said.

In a telephone call with Burhan on Wednesday, he backed "the Sudanese people's aspirations for a free, democratic and prosperous future," the State Department said.

But the alliance expressed concerns about the military dragging the process out.

On Tuesday the military council said the alliance had remained silent on its proposals on ensuring that Islamic sharia remains the bedrock of Sudanese legislation.

The protest leaders said the generals "raised irrelevant issues including the language and sources of legislation in a tedious repetition of the biddings of the former regime".

The Alliance for Freedom and Change is made up of political groups, leaders and activists, several of them who want to build a new secular Sudan.

Sudan opposition pushes ahead with two-day strike from Tuesday 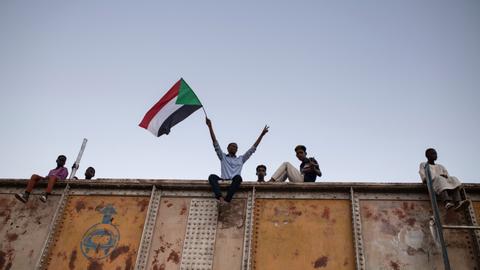