Why does Sudan need the UN forces when it has its own military?

Sudan’s Prime Minister Abdallah Hamdok seems to prefer UN peacekeeping forces over the Sudanese military, which has engaged in violence along with Janjaweed militias.

Engaged in negotiations with several armed groups, Sudan's transitional government has asked the United Nations Security Council to deploy a peacekeeping mission or a Special Political and Support Operation until it resolves long-standing armed conflicts in the country.

According to the local reports, Sudan’s Prime Minister Abdallah Hamdok wrote a letter to UN Secretary-General Antonio Guterres, suggesting the UN mission “should cover the entire territory of Sudan and its approach needs to be innovative, agile, coordinated and light”.

Hamdok’s letter comes after the Sudanese government signed an agreement with the SPLM-N rebel group, which has fought against the former dictator Omar al Bashir's rule in the Kordofan and Blue Nile regions.  The bloody conflict was rooted in discrimination against ethnic Africans with various rebel groups accusing Bashir, the dictator of three decades, of sowing the seeds of hatred and fanning ethnic tensions to maintain his grip on power.

The conflict not only in Darfur but in the Blue Nile and Kordofan states left thousands dead and millions displaced.

Sudan’s transitional government sees that building peace across the country is key to unlocking its potential and improving the country’s weak economy, which has been crippled by US sanctions.

Hamdok’s UN request, however, raises questions about whether it is the latest episode in the internal rift between the civilian bloc and military members of the council.

Hamdok seems to prefer UN peacekeeping forces to the Sudanese military to sustain peace in regions where the military has previously waged a bloody war along with Janjaweed militias.

“It's possible that Hamdok might have more faith in UN peacekeepers than in parts of the Sudanese security forces,” Mark Weston, a writer and policy consultant based in Sudan, told TRT World.

Also speaking to TRT World, Cameron Hudson, a senior fellow at the Atlantic Council, said Hamdok’s request for the UN mission is "part of a strategy to enlist any and all outside support in helping to stabilize and rebuild the country and to engage former enemies as allies”.

Hudson said Hamdok, an experienced politician, knows “how to tap into many avenues of financial and technical assistance that the UN offers to countries in transition, like Sudan”.

Signing a power-sharing deal with the military leaders who ousted Bashir following the month-old nationwide protests, the civilian bloc agreed to form a transitional council to run the country for three years in last August with the military.

However, the civilian bloc, led by Hamdok, maintains its suspicion of the generals who it accused of “stealing the revolution” when the civilians demanded the end of Bashir rule and democratic Sudan.

Burhan and Netanyahu agreed to normalise ties between Israel and Sudan, the two countries which cut their relations over the Israeli occupation of Palestine.

When Israeli media reported the meeting, it stirred controversy in Sudan.

Senior Sudanese officials, including Foreign Minister Asmaa Mohammed Abdullah, said the council was not consulted and she learned of the meeting through the media.

While the military supported Burhan by saying that the meeting was in “the highest interests of national security and of Sudan”, Hamdok criticised him saying Burhan violated the power-sharing deal and that foreign policy decisions must be taken by the council, not by individuals.

“Hamdok gently but publicly reprimanded Burhan over that meeting, which went against the constitutional agreement,” Weston said.

Although Hamdok’s remarks publicly showed the distrust between the civilian and military sides of the council, Weston said the row “is nothing new”.

However, the polarisation within Sudan’s transitional council might jeopardise the country’s democratisation process.

“How to secure civilian control over the government and the security forces has always been the key challenge for the transitional government,” Weston said.

And he concludes: “Maybe that Hamdok sees having the UN on board as a way of furthering this objective.” 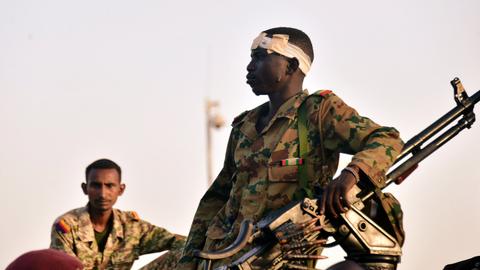 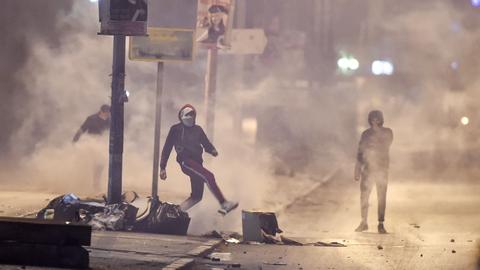 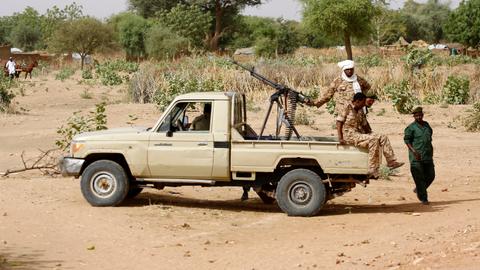 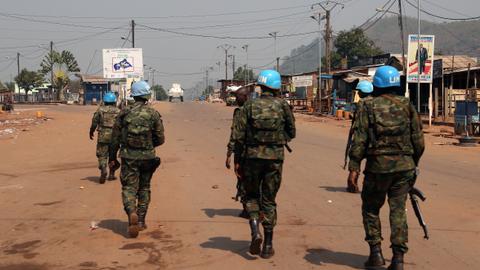 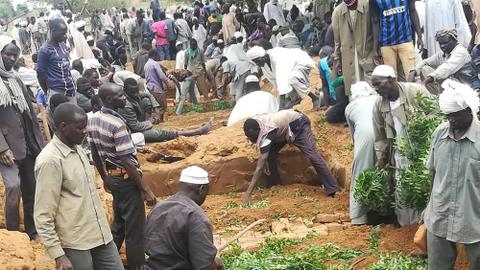