Young Americans show their frustration about November's presidential election choices in recent poll. A quarter say they'd rather be hit by a meteor than vote for Clinton or Trump.

Nearly one in four young Americans said that they would rather have a giant meteor destroy the Earth than see Republican candidate Donald Trump or Democratic candidate Hillary Clinton in the White House, a poll finds.

The poll's result indicates the American youth's frustration about this year's election choices, according to Joshua Dyck, co-director of UMass Lowell's Center for Public Opinion, which conducted the poll alongside Odyssey Millennials.

Some 39 percent of the 1,247 participants said they would prefer that President Barack Obama declare himself president for life than hand over power to Clinton or Trump.

Meanwhile, 26 percent said the nation would do better to select its next president in a random lottery.

When asked to choose between the actual candidates, Clinton easily led Trump with 54 percent of respondents to 21 percent in a two-way race.

In national polls surveying the whole population, Clinton is leading Trump, but not by nearly as much. 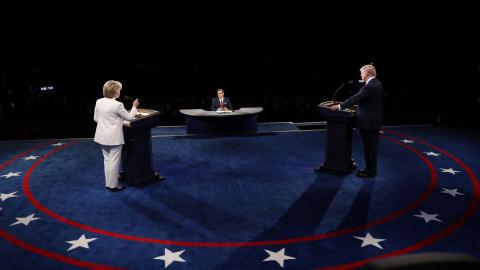