The marches come amid a rise in reports of anti-Muslim incidents in the US, the Council on American-Islamic Relations said.

A series of anti-Muslim demonstrations across the United States drew even more boisterous counter-protests on Saturday, with police using tear gas to disperse crowds in some cities.

ACT for America, a self-described grassroots organisation focusing on national security, staged the so-called "anti-Sharia" rallies in New York, Chicago, Boston, Denver and Seattle, as well as many smaller cities.

The organisation said it opposes discrimination and supports the rights of those subject to Sharia or Islamic law. However, the Southern Poverty Law Center (SPLC), which tracks hate groups, calls it the largest American anti-Muslim group.

"I don't believe Islam can peacefully co-exist with the Constitution," said Seattle demonstrator Aaron Bassford, who turned out in support of Act for America.

The marches come amid a rise in reports of anti-Muslim incidents in the US, including arson attacks and vandalism at mosques, harassment of women wearing Muslim head scarves and bullying of schoolchildren.

In Harrisburg, Pennsylvania, more than a dozen men belonging to the anti-government Oath Keepers were on hand, invited by ACT to provide security. Most of them carried handguns.

The SPLC says Oath Keepers is "one of the largest radical antigovernment groups in the United States," organised around a "set of baseless conspiracy theories."

The atmosphere was tense as the opposing protesters faced off, but the event went off with no violence and only one arrest, police said.

In Seattle, ACT supporters were outnumbered by counter-protesters at a rally that was moved from Portland, Oregon. Tensions are running high in Portland after a man yelling religious and racial slurs at two teenage girls on a commuter train fatally stabbed two men who tried to stop him.

Activists in Seattle also set up an "Ask an American Muslim" booth to give rally participants on either side a chance to speak with a Muslim. Authorities said a large fight broke out after the gatherings concluded. Police used tear gas to disperse rowdy demonstrators and arrested three people for obstructing law enforcement.

A similar scene played out in a park near a New York courthouse, where counter-protesters sounded air-horns and banged pots and pans in an effort to silence an ACT rally. In St. Paul, Minnesota, state troopers arrested about a half-dozen people when scuffles broke out at the close of competing demonstrations at the state Capitol.

"The theme of today is drowning out racism," said New York counter-protester Tony Murphy. "The more racists get a platform, the more people get attacked."

The Council on American-Islamic Relations (CAIR), the country's largest Muslim advocacy group, urged Americans to participate in one of several local educational events being organised in "a peaceful challenge to Saturday's hate rallies."

It also warned Muslims to take extra precautions against potential violence over the weekend.

Anti-Muslim incidents rose 57 percent last year, including a 44 percent jump in anti-Islamic hate crimes, CAIR said in a report released in early May.

Refuse Fascism, a coalition of activists advocating confrontational tactics to oppose what it calls the Trump "regime," said it would show up at the rallies "to counter the xenophobic hatred and lies, defy intimidation and drown it out." 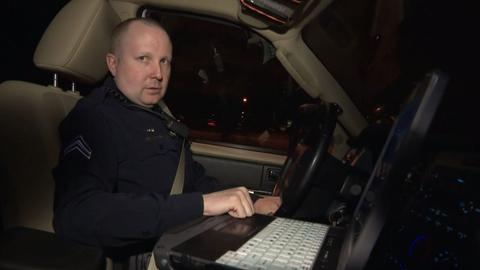