A Texas prosecutor said a white cop could face murder charges for apparently mistaking a black man's apartment for her own, and shooting him dead before realising her mistake.

Attorneys for the family of a black man who was shot and killed by a white Dallas police officer who says she mistook his apartment for hers are criticising an affidavit that gives a narrative of what happened.

Amid their concerns, though, the district attorney said the case against Amber Guyger will get a hard look by her office and be presented to a grand jury, which could decide on more serious charges than manslaughter in last week's shooting of 26-year-old Botham Jean.

Benjamin Crump, one of the attorneys for Jean's family, said the affidavit "is very self-serving."

And Lee Merritt, who is also representing the family, called it an attempt to "condone what happened, give her a break."

The document, prepared by a Texas Ranger, appeared to be based almost entirely on Guyger's account.

Guyger, a four-year veteran of the police force, told investigators that she had just ended a 15-hour shift on Thursday when she returned in uniform to the South Side Flats apartment complex.

She parked on the fourth floor, instead of the third, where she lived, according to the affidavit, possibly suggesting that she was confused or disoriented.

When she put her key in the apartment door, which was unlocked and slightly ajar, it opened, the affidavit said.

Inside, the lights were off, and she saw a figure in the darkness that cast a large silhouette across the room, according to the officer's account.

The officer told police that she concluded her apartment was being burglarised and gave verbal commands to the figure, which ignored them. She then drew her weapon and fired twice, the affidavit said.

She called 911 and, when asked where she was, returned to the front door to see she was in the wrong unit, according to the affidavit.

Authorities have not released the 911 tapes.

The Dallas County medical examiner's office said Jean died of a gunshot wound to the chest.

His death was ruled a homicide. Guyger was arrested on Sunday night and booked into jail in neighbouring Kaufman County before being released on bond.

At a news conference on Monday evening, Merritt said two independent witnesses have told him they heard knocking on the door in the hallway before the shooting.

Merritt said he believes those were Jean's last words.

As for the contention that Jean left his front door ajar, Merritt said Jean was a "meticulous individual" who made it "a point to close the door behind him."

"He put everything in a particular place," Merritt said.

He said Jean had a red doormat outside his apartment door. "In fact, to ensure no one mistook his apartment the way this officer is claiming in this case, he went out and bought the biggest, brightest red rug and placed it right there at his doorstep," Merritt said.

Merritt has represented relatives of an unarmed black teenager who was fatally shot in the back by a white police officer in June while fleeing a traffic stop near Pittsburgh.

Crump is best known for representing the families of Trayvon Martin and Michael Brown. Martin, 17, was fatally shot in 2012 in Florida by George Zimmerman, a Hispanic man who was a neighbourhood watch captain. Brown, 18, was shot to death in 2014 by a white police officer in Ferguson , Missouri.

Now, he said, "we are being killed living while black when we are in our apartments."

Protesters gathered at police headquarters Monday night in Dallas, The Dallas Morning News reported. Several dozen blocked traffic as they marched about nearly a kilometre (half a mile) from the headquarters. Police fired pepper balls to help control the crowd at one point.

Dallas County District Attorney Faith Johnson said the decision to allow Guyger to surrender somewhere other than Dallas County's jail was made by the Texas Rangers, who are also investigating.

She emphasised, though, that her office is conducting its own probe.

"We are committed to making certain that we get to the bottom of (it)," Johnson said.

She will have the option of presenting more serious charges to the grand jury.

It wasn't immediately clear if Guyger had an attorney.

Guyger's blood was drawn at the scene to be tested for alcohol and drugs, Police Chief Ulysha Renee Hall said, but authorities have not released results.

Jean grew up in the Caribbean island nation of St Lucia before attending college in Arkansas. He graduated in 2016 from Harding University, where he often led campus religious services as a student. He had worked for accounting firm PwC since graduating.

Jean wasn't the first person shot by Guyger. She shot a man named Uvaldo Perez on May 12, 2017, while on duty.

A struggle began and Guyger fired her Taser at Perez, who then wrested it away from her. She then drew her gun and fired, wounding Perez in the abdomen.

Sergeant Michael Mata, president of Dallas' largest police union, the Dallas Police Association, said Guyger was a respected officer who worked on a high-risk team tasked with arresting some of the most violent offenders.

On the day of the shooting, Guyger's unit had arrested multiple suspects for armed robbery, he said. 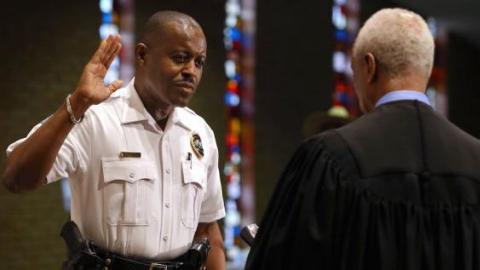 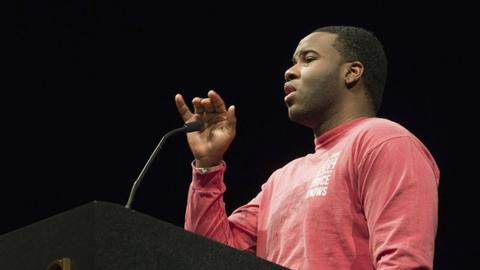