Leaders of James Smith Cree Nation, where most of the stabbing attacks took place, blame killings on drug and alcohol abuse, which they say is a legacy of colonisation of Indigenous people.

Fears have run high on an Indigenous reserve in the Canadian province of Saskatchewan after police warned that the suspect in a deadly stabbing rampage over the weekend might be nearby and officers surrounded a house with guns drawn.

Police later sent out an alert that it was a false alarm and they had determined the suspect was not in the community but people remained nervous with his whereabouts unknown and a province-wide alert still in effect on Tuesday.

The fugitive's brother and fellow suspect Damien Sanderson was found dead on Monday near the stabbing sites.

Police are investigating whether Myles Sanderson killed his brother. The brothers are accused of killing 10 people and wounding 18.

Leaders of the James Smith Cree Nation, where most of the stabbing attacks took place, blamed the killings on drug and alcohol abuse plaguing the community, which they said was a legacy of the colonisation of Indigenous people.

⚠️1/2 After further investigation into the reports of possible sightings of Myles Sanderson on the James Smith Cree Nation, the RCMP has determined that he is not located in the community. The RCMP continues to search for Myles Sanderson.

Resident Darryl Burns and his brother, Ivor Wayne Burns, said their sister, Gloria Lydia Burns, was a first responder who was killed while responding to a call.

Burns said his 62-year-old sister was on a crisis response team.

"She went on a call to a house and she got caught up in the violence," he said. "She was there to help. She was a hero."

He blamed drugs and pointed to colonisation for the rampant drug and alcohol use on reserves.

"We had a murder-suicide here three years ago. My granddaughter and her boyfriend. Last year we had a double homicide. Now this year we have 10 more that have passed away and all because of drugs and alcohol," Burns said.

'I'm hurt for all this loss'

Police in Saskatchewan got their first call about a stabbing at 5:40 am on Sunday, and within minutes heard about several more.

Among the 10 killed was Lana Head, who is the former partner of Michael Brett Burns and the mother of their two daughters.

The stabbing attack was among the deadliest mass killings in Canada, where such crimes are less common than in the United States. 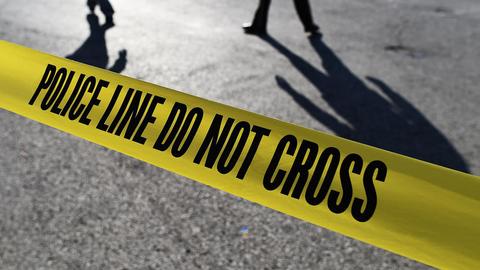