The Federal Bureau of Investigation says it has learnt of new emails pertinent to its investigation into Clinton's use of a private email server as US secretary of state.

Both Democratic presidential candidate Hillary Clinton's campaign and Wall Street stocks dove Friday after news that the FBI had reopened a probe into emails related to her use of a private server as US secretary of state. New emails were discovered after the agency seized electronic devices belonging to Clinton aide Huma Abedin and her husband Anthony Weiner to investigate illicit text messages sent by him to a 15-year-old girl, the New York Times reported.

US stocks had been comfortably in positive territory prior to the news that Federal Bureau of Investigation (FBI) head James Comey informed lawmakers he was restarting the investigation into Clinton's emails. The initial investigation, which cleared Clinton, showed she had used several email servers and devices while in office, receiving content which was later classified as sensitive.

"We'll certainly seek to work with the FBI if they ask us to. But I just don't have any more details to provide at this point," State Department spokesman Mark Toner told reporters on Friday.

The announcement regarding the investigation comes less than two weeks before the presidential election on November 8, where the Democratic Party's candidate is the front-runner in opinion polls.

The new probe clearly raised market worries of a Trump victory after Clinton's campaign took a hit—a night after an electric rally alongside Michelle Obama boosted her poll numbers—by the development, eroding a political boost from a strong US economic report.

Major stock indices lost around one percentage point on the news. "This is really spectacular," said Chris Low at FTN Financial. "The market reaction is essentially a reflection of the possibility that Trump is going to win."

Wall Street has been watching the 2016 presidential election cautiously, welcoming polls that have shown Clinton with a clear edge over Republican candidate Donald Trump.

The market views Trump as a great unknown, because of his penchant for controversy, his lack of a record in public office and his harsh criticism of key leading trading partners such as China and figures such as Federal Reserve Chair Janet Yellen.

"I have great respect for the fact that the FBI and the Department of Justice are now willing to have the courage to right the horrible mistake that they made," Trump told a campaign rally in Manchester, New Hampshire, welcoming the news. 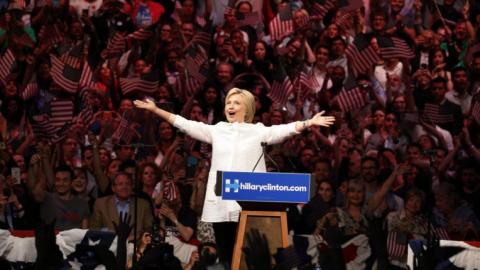 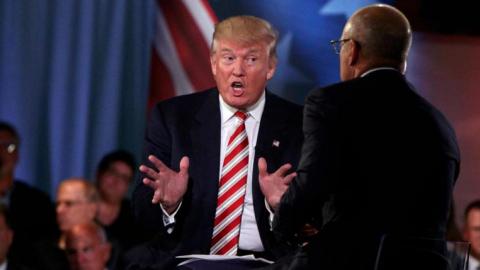 Trump says Putin is a better leader than Obama