Congress continues to pressure MBS, Trump for justice for Khashoggi

US lawmakers have taken a radically different stance on Crown Prince Mohammed bin Salman than the Trump administration.

A year after the assassination of journalist Jamal Khashoggi in the Kingdom of Saudi Arabia’s consulate in Istanbul, the world is still asking for accountability for his murder.

Some of those demanding justice are people in powerful positions, including lawmakers in the United States, one of Saudi Arabia’s closest allies.

Several bills and resolutions have been put forward in the US Congress, and lawmakers are putting pressure on Saudi Crown Prince Mohammed bin Salman, commonly known as MBS, the de facto leader of the kingdom, in face-to-face meetings.

“We recently returned from the first congressional delegation visit to Saudi Arabia in well over a year, where we delivered the kingdom — including Saudi Crown Prince Mohammed bin Salman — the same message we have been spreading for months: Saudi Arabia has been an important strategic partner, but not one we will support at any cost,” Senators Todd Young and Angus King said jointly in a statement.

A chorus of complaints

Young is a Republican from Indiana and King is an independent from Maine. Young is a co-sponsor of the Saudi Arabia Accountability and Yemen Act of 2019, which requires the president to impose sanctions on “any foreign person, including any official of the government of Saudi Arabia or member of the royal family of Saudi Arabia” that ordered or aided in Khashoggi’s assassination, along with human rights investigations into the Yemen war, where Riyadh has been accused of committing widespread rights violations, according to the text of the bill.

King has yet to co-sponsor the bill and his office did not respond to requests for comment on whether or not he planned to do so.

The senators also wrote a joint op-ed for Defense News, an independent news source for defence decisionmakers, in which they said: “This murder flies in the face of the way global leaders must behave. We are able to write this column precisely because we live in a country that allows us the freedom to level criticisms without fear for our lives.”

They continued: “Saudi citizens deserve the same opportunity. If Saudi Arabia seeks to transform into a 21st century leader, it cannot resort to barbarous tactics to quiet critics or dispose of dissidents.”

While Young and King, along with many other lawmakers, have put forward bills to hold Saudi Arabia – and MBS, whom the CIA has deemed responsible for Khashoggi’s murder – accountable, the administration of US President Donald Trump has yet to rebuke the kingdom.

“He’s the leader of Saudi Arabia. They’ve been a very good ally,” Trump said in an interview in the Oval Office in 2018.

However, there are increasing calls for an end to US support for Saudi Arabia, from both Republicans and Democrats, even as Iran and their Houthi allies increase pressure on the kingdom.

Robert W Jordan, the US Ambassador to Saudi Arabia from 2001 to 2003, during the administration of George W Bush, wrote on September 24: “[The] Trump administration long ago should have condemned the twin Saudi outrages of the war in Yemen and Khashoggi’s execution and curtailed … military aid and other support.

“Instead, Trump has stood by a reckless Saudi leader, failed to criticise even the most horrific Saudi violations and expanded sales of the very weapons that have killed thousands of innocent Yemeni civilians.”

Nancy Pelosi, Democratic Leader of the House of Representatives, said about a meeting between Secretary of State Mike Pompeo and MSB in September: “They’re sitting across from the person who chopped up a reporter and dissolved his remains in chemicals … I don’t see any responsibility for us to protect and defend Saudi Arabia.”

MBS accepted responsibility, but denied knowledge of Khashoggi’s assassination during a highly publicised interview with CBS’s Norah O'Donnell that aired this week.

However, the crown prince said: “[The] relationship is much larger than that and this is a heinous incident and painful to all of us … Our role is to work day and night to overcome this and to make sure our future is much better than anything that happened in the past.”

But according to Bruce Riedel, a senior analyst at the Brookings Institute: “It is time for Congress to take action.”

“One of Khashoggi’s last columns was a searing criticism of the Saudi crown prince’s war in Yemen,” Reidel said in a statement delivered to TRT World. “On the anniversary of Jamal’s murder, Congress should act and cut off all support for the crown prince’s war.” 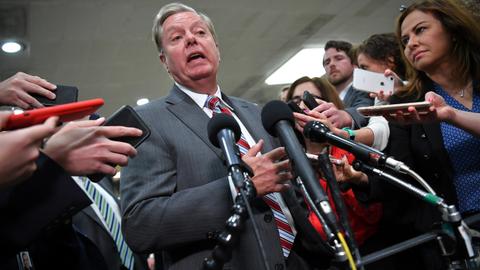 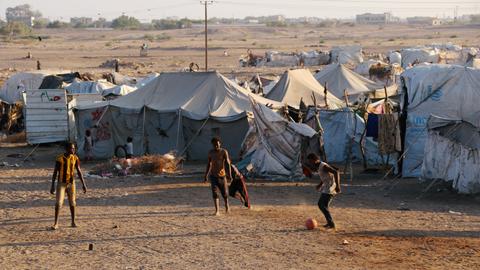