At least two transgender women have been murdered with four more cases unsolved.

The brutal murders of two transgender women in Dallas this year have sparked outcry in the city and shone a light on the issue of violence against the LGBT community in the United States after a suspect in both murders was apprehended.

Dallas has four open, unsolved cases involving the murders of trans black women, and at least two trans women have been murdered in Dallas in 2019.

Muhlaysia Booker, 23, and Chynal Lindsey, 26, were both killed between April and June. Booker was previously attacked in an apartment complex after the assailant was offered $200 to do so, police claimed. The attack was filmed and shared widely on social media.

Kendrell Lavar Lyles was charged with Booker’s murder in June, along with that of two other unidentified women.

Lyles is reportedly a person of interest in Lindsey’s murder, and police have noted similarities in the murders of the two women, and an attack on another black transgender woman in April. That woman survived.

Texas is known for conservatism and anti-LGBT legislation, but most Texans don’t view large metropolitan cities such as Dallas, Austin and Houston as hostile towards the LGBT community, Ryan Benjamin, a Dallas resident and schoolteacher with LGBT students, told TRT World.

Benjamin asked that his name be changed as he did not have authorisation to speak to the media.

These murders have cast doubt on Dallas’s image as an increasingly inclusive city in the conservative state, he continued.

In the midst of Pride Month, celebrated by LGBT communities and their allies across the globe, “transgender women are being killed in Dallas,” Benjamin said. “We aren’t sure if it’s a serial killer, we don’t know anything.”

Dallas police did not immediately respond to TRT World’s request for updates on the cases.

Dallas police officer Major Max Geron, who works on the Special Investigations unit, previously said at a news conference that Lyles was connected to the other murders when police officers recognised a car that was believed to have picked up Booker on May 18.

Data from his mobile phone showed that Lyles was in the area where Booker was abducted, Geron said.

“We continue to investigate them and will look to see if there are ties to Lyles to those other cases,” Geron said.

The murder of transgender women is not unique to Dallas. According to the Human Rights Campaign (HRC), an LGBT adovcacy organisation, said that at least 26 transgender women were murdered in 2018, the majority of whom were black.

At least 11 have been killed so far in 2019. All of those listed on HRC’s website are black transgender women.

“[It’s] clear that fatal violence disproportionately affects transgender women of colour, and that the intersections of racism, sexism, homophobia, biphobia and transphobia conspire to deprive them of employment, housing, healthcare and other necessities, barriers that make them vulnerable,” the organisation said.

Medina, a Salvadorian national who crossed from Mexico, tested positive for HIV and reportedly complained of chest pains before her death. She suffered from health complications that went untreated during her custody, according to Diversidad Sin Fronteras, a grassroots group.

ICE has been repeatedly criticised for its treatment of immigrants, and abuses of transgender people who travel to the US expecting protection are well documented.

Layleen Polanco, who was held in Rikers Island, a notorious prison in New York City, also died under mysterious circumstances in a cell.

Learning about attacks on transgender people is often difficult, HRC said in the report.

“As is too often the case in the reporting of anti-transgender violence, many of these victims are misgendered in local police statements and media reports, which can delay our awareness of deadly incidents,” HRC said.

What is sure is that “denial of opportunity and increased risk factors compound to create a culture of violence -- and provides clear ways that each of us can directly make an impact to make our society a safer place for transgender people”.

Back in Dallas, Benjamin hoped for a quick end to this violence in his community.

“Hopefully adults can, too,” he concluded. 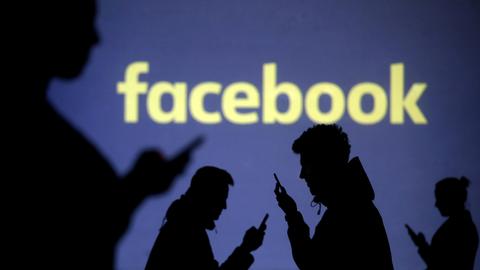