Biden has condemned white supremacy several times since he became the first president to specifically address it in an inaugural speech, calling it “domestic terrorism that we must confront.”

President Joe Biden has condemned the "poison" of white supremacy and said the nation must “reject the lie” of the racist “replacement theory" espoused by the shooter who killed 10 Black people in Buffalo.

Speaking to victims' families, local officials and first responders, Biden said on Tuesday that America's diversity is its strength and the nation must not be distorted by a “hateful minority.”

“In America, evil will not win, I promise you,” Biden said. “Hate will not prevail, white supremacy will not have the last word.”

Biden's spoke after he and first lady Jill Biden paid their respects at a makeshift memorial outside the Tops supermarket in Buffalo.

On Saturday, a young man armed with an assault rifle targeted Black people in the supermarket — the deadliest racist attack in the US since Biden took office.

“Jill and I have come to stand with you, and to the families, we have come to grieve with you," Biden said. He added: “Now’s the time for people of all races, from every background, to speak up as a majority and American and reject white supremacy.”

Asked about gun legislation, Biden said at the airport, “It’s going to be very difficult. ... I’m not going to give up trying.”

It’s unclear how Biden will try to do that. Proposals for new gun restrictions have routinely been blocked by Republicans, and racist rhetoric espoused on the fringes of the nation’s politics has only grown louder.

READ MORE: US white shooter's manifesto: 'Kill as many Blacks as possible'

US shooter planned attack for months

The white teen accused of murdering 10 Black people at a New York grocery store planned the shooting for months and scoped out the location ahead of time, social media posts attributed to the suspect show.

Payton Gendron, 18, visited the Tops Friendly Market three times on March 8, and wrote afterwards of his intention to commit murder — according to posts he is believed to have made on Discord and 4chan.

He wrote about how many Black and white shoppers were inside and mapped out the supermarket's aisles, CNN and The Washington Post reported.

Gendron posted that during his third trip he was approached by a "Black armed security guard" who asked him what he was doing going in and out the store.

The alleged shooter made up an excuse about collecting census data. "In hindsight that was a close call," Gendron wrote.

Gendron first wrote about killing Black people in December and decided in February to target Tops based on its large surrounding African American population, according to the Post, which reviewed more than 600 pages of online messages.

READ MORE: Five mass shootings in the US in 2022 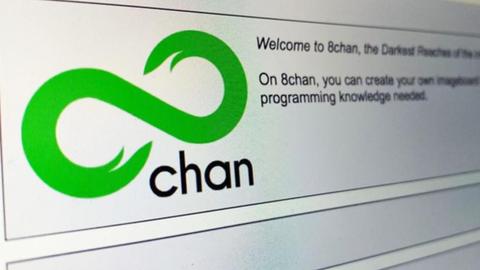