US President Barack Obama vowed to shut down the prison soon after taking office. But it's a decision that needed the support of the Congress, something he could never get.

If Obama was opposed to Guantanamo Bay prison, why didn't he shut it down?

Days after he took office, Obama created an interagency task force to divide detainees into categories, aiming to close the controversial prison within a year.

Based on the task force's decision, detainees whose detention is no longer necessary, would be released, the rest could be prosecuted. Detainees who were not processed would be transferred to prisons in the US.

The Republicans in Congress blocked this plan by banning the transfer of detainees to the US for any purpose, including prosecution in federal courts and detention.

What is the incoming president, Donald Trump, likely to do?

Trump has said he has no intention of closing the facility and described inmates as "extremely dangerous people".

"There should be no further releases from Gitmo," the Republican president-elect said.

The fate of the 9 detainees, cleared for release because the US deemed their detention no longer "necessary," is unclear.

No one has ever been held accountable for the illegal detention and abuse at the prison camp.

In the aftermath of the 9/11 attacks, the Bush administration set up the detention facility on its naval base in Cuba to hold suspects that they called "unlawful combatants." The administration strategically opted for an overseas detention centre that would be outside the jurisdiction of US courts.

Washington maintained that it had the authority to keep any detainee it believed posed a threat to itself or its allies in its "War on Terror."

Detainees were subjected to torture such as waterboarding, sleep deprivation and sexual assault.

It is believed a total of 780 people have been detained at the prison.

How many people are being held at the facility?

Forty-five prisoners are currently being held at Guantanamo, many without charge or trial. Nine of them are cleared for release.

Twenty-six of them are "forever prisoners" and the US wants to hold them indefinitely. Washington is reluctant to try them in courts because the evidence against them is not sufficient or tainted.

Currently, an interagency panel periodically reviews detainee cases to see if their detention is necessary. However, even though a detainee is cleared for release, it may take years until the US finds a destination to send them to.

Are they all threats to the US?

The Obama administration thought at least 9 of them were not and they were cleared for release.

The fate of many others is unclear as they have neither been charged nor prosecuted, so their involvement in terrorist activities has not been disclosed.

"Some of those who have not been cleared are no more terrorists than my grandmother," a lawyer who has represented over 100 detainees, Clive Stafford Smith, said. 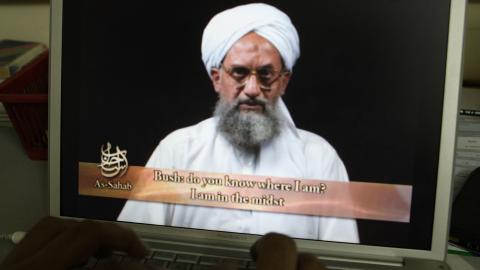 Obama says he's not ready to give up on closing Gitmo