Health care and immigration: top issues in US midterm elections

With two days to the polls and US politics divided along sectarian lines, here is what you need to know about some of the issues in the midterm elections.

On November 6, Americans will go to the polls.

This will be one of the first electoral tests for Trump and his controversial administration since his election in 2016.

It will also be an opportunity for voters to express their feelings towards Trump.

The midterm elections are often considered a vote on the president. This year, this has never been more the case.

Seats in the House of Representatives and the Senate are up for grabs. It is also an opportunity for Democrats to make life difficult for Donald Trump.

According to FiveThirtyEight, an online platform that focuses on opinion poll analysis, the Democrats have an 85 percent chance of capturing the House of Representatives from the Republicans.

If Democrats capture the House of Representatives, they can attempt to block Trump's nomination picks for the United States Supreme Court.

On the other hand, in the Senate, Republicans have an 85 percent chance of maintaining control. While Democrats may win one legislative chamber, the country remains deeply polarised along political, sectarian and religious lines.

If the Republicans were to lose the Senate, Donald Trump, already under investigation from Special Counsel Mueller, could find that the impeachment process could get a lot easier.

What are some of the main issues in the election?

There have been several issues at the forefront of voters minds: immigration, abortion, health care and social security among other topics.

Donald Trump and the Republicans have attempted to make immigration a central focus of their campaigns.

In an address to the nation, billed as a policy announcement, Donald Trump in the Roosevelt Room of the White House delivered a one-hour long tirade against immigrants.

The recent migrant caravan has provided Trump with exactly the opportunity to rile his base.

A recent Gallup poll found that for 78 percent of voters, immigration was one of their top priorities.

Trump has threatened to set up "cities of tents" for immigrants crossing the border, where they will be in indefinite detention while their application is considered.

In addition to the hostile environment for immigrants crossing over, the Trump administration will clam down on "illegal immigrants" at home.

Immigrants will now be held in prison if caught. Previously, they were caught and released and expected to return at a later date to face a court hearing.

With the economy booming, one would expect the Republicans to reap the rewards of more employed people and rising wages.

The same Gallup poll placed health care at the top of issues that most concerned voters, with 80 percent of them seeing it as extremely or very important, a rare consensus in a deeply divided society.

Republicans have become worried that this could severely hamper their fortunes at the polls, while Democrats sense an opportunity to press their advantage on an issue Republicans are weak on.

Republicans have attempted to repeal "Obamacare" which expanded health care coverage to millions of Americans – 54 times.

The law, initially unpopular, saw fortunes reversed as a broad section of society bought into it. Republicans now need to convince the voters why and how they have had such a quick change of heart.

While healthcare has not captured the national debate in the same way gun rights and immigration have, there is no doubt that the silent issue that concerns voters most is health care.

With Republicans and Trump attempting to move the debate towards immigration, voters are telling politicians something else. 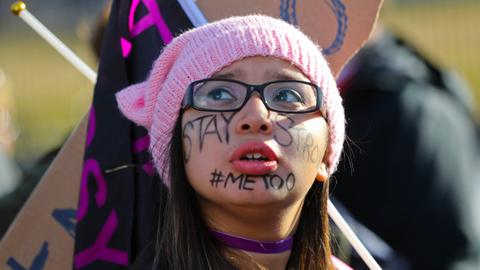 Women bring a promise of change to US politics 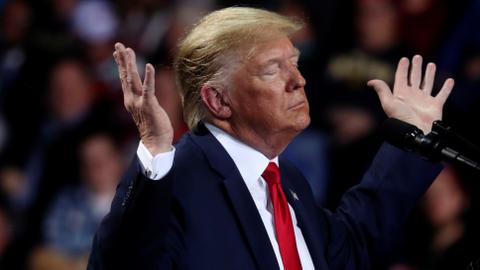