Donald Trump's White House has been rocked by a series of high-profile exits since the president took office in January. Over a dozen senior people have either resigned or been fired.

A few hours after President Donald Trump said there was no chaos in the White House, the administration announced on Monday that Anthony Scaramucci was leaving his job as communications director after a little more than a week on the job.

The brash Scaramucci's brief tenure was marked by a determination to crack down on White House leaks to the media and profanity-filled comments to The New Yorker attacking then-chief of staff Reince Priebus and Trump adviser Steve Bannon.

"The president certainly felt that Anthony's comments were inappropriate for a person in that position," spokeswoman Sarah Sanders told reporters.

Here is a partial list of officials who have been fired or have left the administration since Trump took office on January 20, as well as people who were nominated by Trump for a position but did not take the job.

* Anthony Scaramucci - ​Scaramucci was removed from his post 10 days after Trump chose him to become White House Communications Director. His removal followed interviews to CNN and the New Yorker, during which Scaramucci made vulgar comments about his colleagues creating chaos within the Trump administration.

* Philip Bilden - a private equity executive and former military intelligence officer picked by Trump for secretary of the Navy, withdrew from consideration in February because of government conflict-of-interest rules.

* James Comey - Federal Bureau of Information director who had been leading an investigation into the Trump 2016 presidential campaign's possible collusion with Russia to influence the election outcome, was fired by Trump in May.

* James Donovan - a Goldman Sachs Group Inc banker who was nominated by Trump as deputy Treasury secretary, withdrew his name in May.

* Michael Dubke - the founder of Crossroads Media, resigned as White House communications director in May.

* Michael Flynn - resigned in February as Trump's national security adviser after disclosures that he had discussed US sanctions on Russia with the Russian ambassador to the United States before Trump took office and misled Vice President Mike Pence about the conversations.

* Mark Green - Trump's nominee for Army secretary, who had served in the 160th Special Operations Aviation Regiment, withdrew his name from consideration in May.

* Gerrit Lansing - White House chief digital officer, stepped down in February after failing to pass an FBI background check, according to Politico.

* Reince Priebus - the former chairman of the Republican National Committee was replaced by Kelly as Trump's chief of staff on Friday. A confidant of the president said Trump had lost confidence in Priebus after major legislative items failed to pass the US Congress.

* Todd Ricketts - a co-owner of the Chicago Cubs baseball team and Trump's choice for deputy secretary of commerce, withdrew from consideration in April.

* Walter Shaub - the head of the US Office of Government Ethics, who clashed with Trump and his administration, stepped down in July before his five-year term was to end.

* Robin Townley - an aide to the national security adviser, Flynn, was rejected in February after he was denied security clearance to serve on the National Security Council, according to Politico.

* Vincent Viola - an army veteran and a former chairman of the New York Mercantile Exchange, nominated by Trump to be secretary of the Army, withdrew his name from consideration in February.

* Katie Walsh - deputy White House chief of staff, was transferred to the outside pro-Trump group America First policies in March, according to Politico.

* Sally Yates - acting US attorney general, was fired by Trump in January after she ordered Justice Department lawyers not to enforce Trump's immigration ban.

* Caroline Wiles - Trump's director of scheduling, resigned in February after failing a background check, according to Politico. 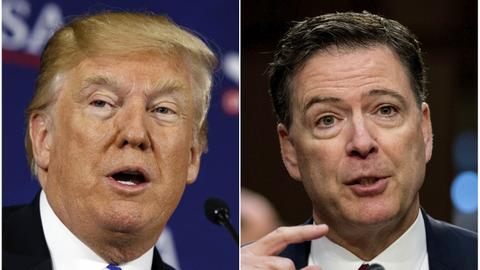