Taylor, a 26-year-old emergency health worker, died March 13 when police officers operating under a no-knock warrant burst into her apartment, firing at least eight bullets at Taylor as she and her boyfriend were in bed.

Louisville's mayor said Friday that one of three police officers involved in the fatal shooting of Breonna Taylor will be fired.

Schroeder said he intended to fire one of three officers involved in the shooting death of Taylor, a black woman killed in a burst of gunfire when drug investigators mistakenly entered her home.

Taylor, a 26-year-old emergency medical technician, was killed on March 13 after the officers entered her apartment bearing a "no-knock" arrest warrant that targeted the wrong house.

In a letter to Detective Brett Hankison posted on Twitter, Schroeder said he intended to fire the officer for what he called "extreme" violations of standard operating procedures when Hankison used deadly force upon entering the apartment.

"Your actions displayed an extreme indifference to the value of human life when you wantonly and blindly fired ten (10) rounds into the apartment of Breonna Taylor," Schroeder wrote. "I find your conduct a shock to the conscience."

The River City Fraternal Order of Police, which represents LMPD officers, did not reply to a request for comment.

Hankison, who was hired by the department in 2003, had previously been disciplined in January 2019 for reckless conduct that injured an innocent person, Schroeder's letter said.

It said Hankison would have the opportunity, with counsel or a union representative, to provide "additional information or mitigating factors" before his termination was finalised.

Benjamin Crump, an attorney for Taylor's family, called the police chief's letter "damning," and said on Twitter that he wanted to see the other officers fired and criminally charged.

Taylor's death, along with the May 25 death in Minneapolis police custody of George Floyd and other police killings of Black people, has become a rallying cry for the Black Lives Matter movement and has sparked nationwide protests against racism and police brutality.

Hours after the March 13 raid, Louisville police Lieutenant Ted Eiden told reporters the officers had knocked on the door before forcing entry and were shot at by Taylor's boyfriend, Kenneth Walker. One officer was struck in the leg and all three returned fire, hitting Taylor at least eight times, according to the Louisville Courier-Journal.

Walker was charged with attempted murder and assault, but last month state prosecutors dropped the charges, the Courier-Journal reported.

READ MORE: How to be a good ally to Black people 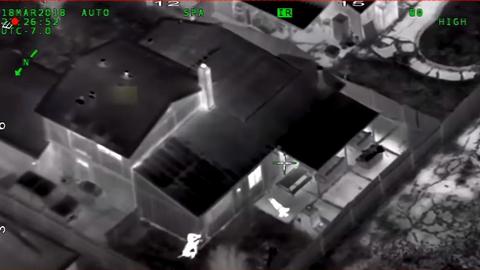