Hundreds of fire and rescue workers scour through tonnes of rubble as a 12-storey oceanfront residential building partially collapses in southern Florida, with at least one person dead and 99 still unaccounted for, officials say.

Many people are feared dead after a wing of a 12-storey beachfront condo building collapsed in a town outside US city of Miami, killing at least one person while trapping dozens of residents in rubble and twisted metal.

Scores of rescuers pulled survivors from the debris on Thursday as a cloud of dust floated through the neighbourhood.

The Miami-Dade Police Department was quoted by several local media as saying 53 residents of Champlain Towers had been accounted for, but that 99 had not, although officials have stressed it is still unclear how many people were in the building at the time.

Surfside Mayor Charles Burkett warned that the death toll was likely to rise, saying the building manager told him the tower was quite full at the time of the collapse around 1:30 am (0530 GMT).

"That is heartbreaking because it doesn’t mean to me that we are going to be as successful as we wanted to be in finding people alive."

A family reunification center has been set up for anyone looking for unaccounted or missing relatives at 9302 Collins Avenue. If you have family members that are unaccounted for or are safe, please call 305-614-1819 to account for them. pic.twitter.com/ksQ9LubG8V

Rescuers pulled at least 35 people from the wreckage by mid-morning, and heavy equipment was being brought in to help stabilise the structure to give them more access, Jadallah said.

Earlier, Burkett said two people were brought to the hospital, one of whom died. He added that 15 families walked out of the building on their own.

Work is being done on the building's roof, but Burkett said he did not see how that could have caused the collapse. Authorities did not say what the cause may be.

Governor Ron DeSantis said officials were "bracing for some bad news just given the destruction that we’re seeing."

The collapse tore away walls and left a number of homes in the still-standing part of the building exposed in what looked like a giant dollhouse.

#Surfsidecollapse Wow this is horrible, I turned my map to match the angle from the news. Look at how much of the building is gone😞😞#surfsidebuildingcollapse pic.twitter.com/NTWu6z1JcW

Barry Cohen, 63, said he and his wife were asleep in the building when he first heard what he thought was a crack of lightning. The couple went onto their balcony, then opened the door to the building’s hallway to find "a pile of rubble and dust and smoke billowing around."

"I couldn’t walk out past my doorway," said Cohen, the former vice mayor of Surfside. "A gaping hole of rubble."

He and his wife eventually made it to the basement and found rising water there. They returned upstairs, screamed for help and were eventually brought to safety by firefighters using a cherry-picker.

Cohen said he raised concerns years ago about whether nearby construction might be causing damage to the building after seeing cracked pavers on the pool deck.

JUST IN: Scenes from Surfside, Florida, as at least one person is confirmed dead and several injured after a multi-story building partially collapsed early Thursday morning. https://t.co/WGjWGqU2IM pic.twitter.com/R0kD0mCiuL

At an evacuation site set up in a nearby community centre, people who live in buildings neighbouring the collapse gathered after being told to flee.

Police blocked nearby roads, and scores of fire and rescue vehicles, ambulances and police cars swarmed the area.

Teams of firefighters walked through the rubble, picking up survivors and carrying them from the wreckage.

"We’re on the scene so it's still very active," said Sgt. Marian Cruz of the Surfside Police Department. "What I can tell you is the building is 12 floors. The entire back side of the building has collapsed."

“We grabbed the children and starting running out the door”— Abigail Crosby and Aaron Miles are visiting from Virginia. They tell me what they heard and saw when the #SurfsideBuildingCollapse ⁦@nbc6⁩ pic.twitter.com/6hTjWJXiaw 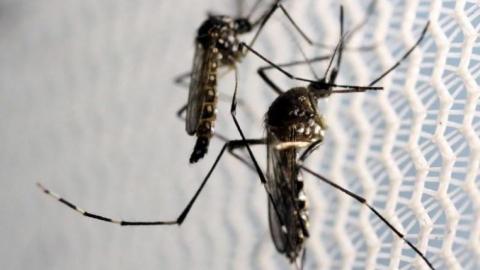 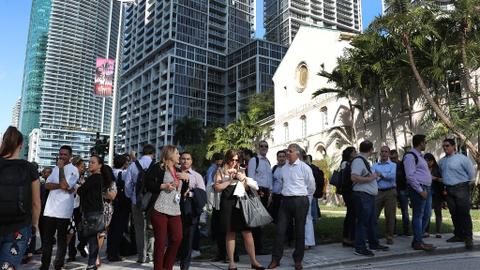