The death toll in Haiti from Hurricane Matthew has soared to at least 339. The Category Four storm caused devastation in the southwest, which remained cut off after the collapse of an important bridge.

The US has ordered the evacuation of more than two million people from its Southeastern coastline ahead of the landfall of the worst storm of the Caribbean in nearly a decade. As Hurricane Matthew barrels toward Florida, the storm is expected to increase in ferocity after hitting the Bahamas on Thursday.

If Matthew makes landfall, it will be the first hurricane to directly hit the state of Florida since Hurricane Wilma in October 2005. On Tuesday, the storm slammed southern Haiti, killing at least 339 people and damaging a majority of homes in the area. The hurricane prompted the hard-hit country to postpone a long-awaited presidential election which was scheduled for Sunday.

"Everyone in our state must prepare now for a direct hit," Florida Governor Scott said at a news conference in Tallahassee on Wednesday. "If Matthew directly impacts Florida, the destruction could be catastrophic and you need to be prepared."

The US National Hurricane Center (NHC) extended its hurricane warning area farther north into Georgia and South Carolina and more than 12 million US residents were under hurricane watches and warnings.

Roadways in Florida and neighbouring states were packed and gas stations and food stores ran out of supplies as Hurricane Matthew approached, packing sustained winds of about 185 km per hour (115 miles per hour), storm surges and heavy rain.

NASA and the US Air Force, which operate the nation's primary space launch site at Cape Canaveral, Florida, have already taken steps to safeguard personnel and equipment.

A team of 116 employees was bunkered down inside Kennedy Space Center's Launch Control Center to ride out the hurricane.

"We've had some close calls, but as far as I know it's the first time we've had the threat of a direct hit," NASA spokesman George Diller said by email from the hurricane bunker.

Florida, Georgia and South Carolina all declared states of emergency, enabling their governors to mobilise the National Guard. The move would bring resources including food, water and waterproof coverings and double the active National Guard force to 3,000. Shelters opened their doors after authorities, along with President Barack Obama, urged locals to evacuate their homes.

"We hope for the best, but we want to prepare for the worst," Obama said.

Schools and airports across the region were closed on Thursday and some hospitals evacuated patients, according to local media.

The hurricane was expected to make landfall in Florida on Thursday night, the NHC said.

Many victims in Haiti were killed by falling trees, flying debris and swollen rivers when Matthew hit with 230-kph (145-mph) winds on Tuesday. 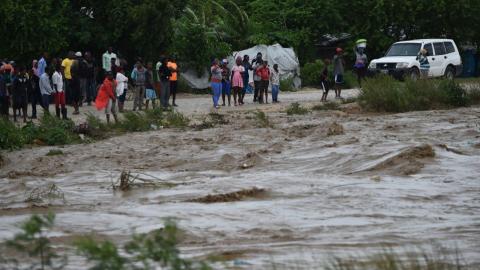 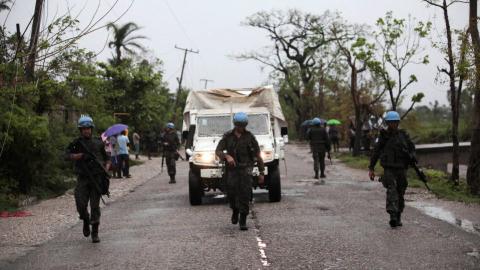 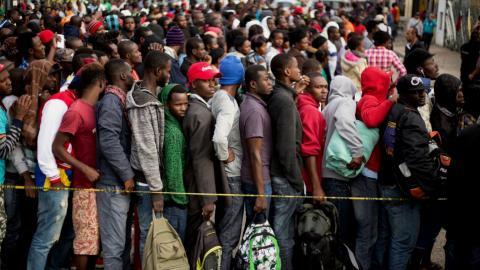 US suspends deportations of Haitians after Hurricane Matthew 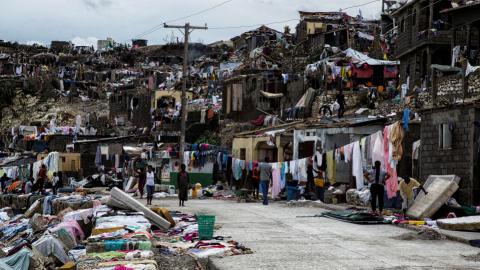