1
American held in Iran allowed to leave, son freed from detention: UN
2
No 'imminent invasion' of Taiwan by China, says US
3
Brazilians head to polls for historic election
4
Americans, Venezuelans freed in prisoner swap
5
Thousands rally in Canada in solidarity with Iran protesters

The State Department said the United States will no longer permit visits to Cuba via passenger and recreational vessels, including cruise ships and yachts, as well as private and corporate aircraft.

The Trump administration on Tuesday ended the most popular forms of US travel to Cuba, banning cruise ships and a heavily used category of educational travel in an attempt to pressure the Caribbean island's government to stop supporting Venezuelan President Nicolas Maduro.

"The United States holds the Cuban regime accountable for its repression of the Cuban people, its interference in Venezuela, and its direct role in the man-made crisis led by Nicolas Maduro," the State Department said in a statement.

Cruise travel from the US to Cuba began in May 2016 during President Barack Obama's opening with the island.

It has become the most popular form of US leisure travel to the island, bringing 142,721 people in the first four months of the year, a more than 300% increase over the same period last year.

Americans have not been able to travel freely to Cuba but were able to do so as part of organized travel groups. Cruises offered a simple, one-stop, guaranteed-legal way to travel.

That now appears to be over.

"Cruise ships, as well as recreational and pleasure vessels, are prohibited from departing the US on temporary sojourn to Cuba effective tomorrow," the Commerce Department said in a statement to The Associated Press.

US national security adviser John Bolton, who declared Cuba part of a "troika of tyranny " along with Nicaragua and Venezuela as he outlined plans for sanctions in November, said the new policy is intended to deny the Cuban government a vital source of revenue.

"The Administration has advanced the President's Cuba policy by ending 'veiled tourism' to Cuba and imposing restrictions on vessels," Bolton said on Twitter. "We will continue to take actions to restrict the Cuban regime's access to US dollars."

The Administration has advanced the President’s Cuba policy by ending ‘veiled tourism’ to Cuba and imposing restrictions on vessels. We will continue to take actions to restrict the Cuban regime’s access to U.S. dollars. https://t.co/uwxd5qktKY

For the Cuban government, cruise travel generated many millions of dollars a year in docking fees and payments for on-shore excursions, although those figures were never made public. Cuba also has become the most-requested destination for many South Florida-based cruise lines.

Treasury said the sanctions would take effect on Wednesday after they are published in the Federal Register, but the government said it will allow anyone who has already paid for the trip to go ahead with it.

Cruise companies appeared to be caught off guard, with several, including Norwegian Cruise Lines and Royal Caribbean, urging ticketed passengers to be patient in response to queries on social media.

Finally, more than nine hours after the Treasury announcement, Royal Caribbean said it was cancelling Cuba stops on its June 5 and 6 cruises and would issue further guidance on future trips as soon as it was practical.

Norwegian Cruise Line said in a statement that it was scrutinizing the new rules and consulting with lawyers and trade experts.

"We are closely monitoring these recent developments and any resulting impact to cruise travel to Cuba," Norwegian Cruise Line said in a statement. "We will communicate to our guests and travel partners as additional information becomes available."

Along with the cruise ships, the US will also now ban most private planes and boats from stopping in the island.

Commercial airline flights appear to be unaffected by the new measures and travel for university groups, academic research, journalism and professional meetings will continue to be allowed.

Cuba's President Miguel Diaz-Canel said the island would not be intimidated.

"They have not been able to asphyxiate us, they will not be able to stop us, we will continue to live and we will conquer," he wrote on Twitter.

#Cuba will not be frightened or distracted with new threats and restrictions. Work, creativity, efforts and resistance is our response. They haven't been able to suffocate us. They won't be able to stop us. #SomosCuba #SomosContinuidad pic.twitter.com/TC85FLICaQ

This is the second time the Trump administration has tightened US travel restrictions on Cuba. 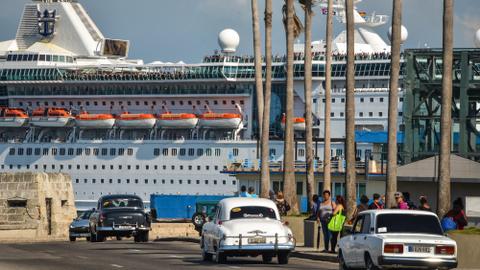 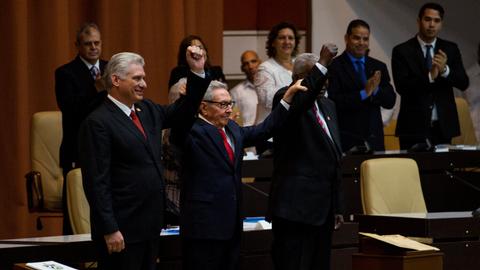 1
American held in Iran allowed to leave, son freed from detention: UN
2
No 'imminent invasion' of Taiwan by China, says US
3
Brazilians head to polls for historic election
4
Americans, Venezuelans freed in prisoner swap
5
Thousands rally in Canada in solidarity with Iran protesters