China's Foreign Ministry urged the United States to stop "unreasonable suppression" of Chinese companies, including Huawei, and to lift an arrest warrant against Meng.

The US Justice Department unsealed two indictments on Monday against China's Huawei Technologies, several of its subsidiaries and its chief financial officer Meng Wanzhou, in a pair of cases accusing the company of everything from bank and wire fraud to obstructing justice and conspiring to steal trade secrets from T-Mobile US.

The charges add to pressure on Huawei, the world's biggest telecommunications equipment maker, from the US government, which is trying to prevent American companies from buying Huawei routers and switches and pressing allies to do the same.

Chinese tech giant Huawei denied in statement it committed any of the violations cited in US indictment of company.

Meng Wanzhou, who denies the allegations against her, was arrested in Canada last month. The US is seeking to extradite her, alleging she committed fraud by misleading banks about Huawei's business dealings in Iran.

China's Foreign Ministry urged the United States to stop "unreasonable suppression" of Chinese companies, including Huawei, and to lift an arrest warrant against Meng.

Beijing would resolutely protect the lawful interests of Chinese companies, the ministry said in a statement.

The US government's indictments against Huawei Technologies Co Ltd are "unfair and immoral," Wen Ku, a senior information and communications officer at China's Ministry of Industry and Information Technology said.

US Treasury Secretary Steven Mnuchin said on Monday the United States expects significant progress this week in trade talks with Chinese Vice Premier Liu He, but the two sides will be tackling "complicated issues", including how to enforce any deal.

The talks, scheduled for Wednesday and Thursday in Washington, will include a meeting between Liu and US President Donald Trump and take place amid worsening tensions between the world's two largest economies.

The US Justice Department on Monday unsealed indictments against China's top telecommunications equipment maker, Huawei Technologies Co, accusing it of bank and wire fraud to evade Iran sanctions and conspiring to steal trade secrets from T-Mobile US Inc.

US Commerce Secretary Wilbur Ross insisted at a news conference that the Huawei indictments are "law enforcement actions and are wholly separate from our trade negotiations with China."

The Huawei indictment came as a Chinese delegation including Liu and Vice Commerce Minister Wang Shouwen was already in Washington preparing for the talks, a person familiar with the discussions said.

Mnuchin, speaking at a White House news conference, said the two sides were trying to tackle "complicated issues," including a way to verify enforcement of China's reform progress in any deal with Beijing.

The Treasury chief, who will be among the top US officials at the negotiating table, said Chinese officials had acknowledged the need for such a verification mechanism.

"We want to make sure that when we get a deal, that deal will be enforced," Mnuchin said. "The details of how we do that are very complicated. That needs to be negotiated. But IP (intellectual property) protection, no more forced joint ventures, and enforcement are three of the most important issues on the agenda."

Reuters reported earlier this month that US officials were demanding regular reviews of China's progress on pledged trade reforms, which would maintain the threat of tariffs long term.

Mnuchin added that there had been "significant movement" in the talks so far, and there will be around 30 days for further negotiations after the meetings in Washington on Wednesday and Thursday to reach an agreement before a March 2 deadline for increasing US tariffs on Chinese goods.

Mounting concerns for both countries, including China's slowing economy and Trump's need for a political win, could prod both sides towards a "partial, interim deal," said Eswar Prasad, a Cornell University trade professor and former head of the International Monetary Fund's China department.

"There remains a vast distance separating the negotiating positions of the two sides, making a comprehensive and durable deal unlikely," Prasad said.

China is unlikely to give much ground on industrial policy and state support for industries, but it could promise to improve intellectual property protection and enforcement. However, persuading U.S. negotiators that these can be verified will be a "hard sell," Prasad added. 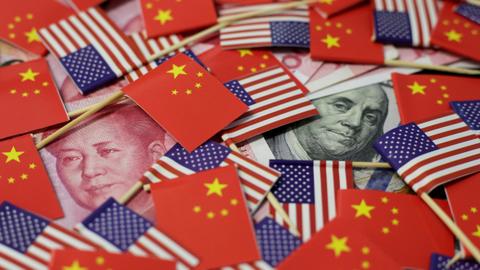 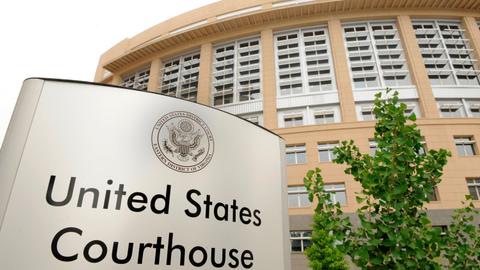