A US probe of the Texas school shooting that left 21 dead has blamed "systemic failures" and poor leadership for contributing to the death toll.

The Texas House of Representatives committee investigation marked the most exhaustive attempt so far to determine why it took more than an hour for police to confront and kill the 18-year-old gunman at Robb Elementary School on May 24.

The 77-page report released on Sunday said 376 law enforcement officers rushed to the school in a chaotic scene marked by a lack of clear leadership and sufficient urgency.

"Other than the attacker, the Committee did not find any 'villains' in the course of its investigation," the report stated. "Instead, we found systemic failures and egregious poor decision making."

"At Robb Elementary, law enforcement responders failed to adhere to their active shooter training, and they failed to prioritise saving innocent lives over their own safety," the report said.

The gunman fired approximately 142 rounds inside the building, and it is "almost certain" that at least 100 shots came before any officer entered, according to the report.

"The void of leadership could have contributed to the loss of life as injured victims waited over an hour for help, and the attacker continued to sporadically fire his weapon."

After the report's release, the mayor of Uvalde announced that the city’s acting police chief on the day of massacre has been placed on leave after a new report found wide failures by law enforcement.

Uvalde mayor Don McLaughlin said Lieutenant Mariano Pargas had been placed on administrative leave to determine whether he was responsible for taking command after a gunman entered the school, killing 19 children and two teachers.

READ MORE: US police under fire over 'late' response to Texas school massacre

#BREAKING: The Texas House Robb Elementary school shooting investigative committee released their 82-page preliminary report this afternoon which finds 'systemic failure' from law enforcement on May 24th.
This will be a thread of the findings and breakdown from experts
(1/-) pic.twitter.com/BwYP3Gfxuw

The report described "shortcomings and failures of the Uvalde Consolidated Independent School District and of various agencies and officers of law enforcement" and "an overall lackadaisical approach" by the authorities.

"It's a joke. They're a joke. They've got no business wearing a badge. None of them do," Vincent Salazar, grandfather of 11-year-old Layla Salazer, said.

The report followed weeks of closed-door interviews with more than 40 people, including witnesses and law enforcement who were on the scene of the shooting.

Video posted last week by the Austin American-Statesman newspaper showed police took cover in a hallway for 77 minutes before they stormed the two joined classrooms and exchanged fire with him.

Authorities said in May that frantic children inside the classrooms called 911 at least six times while officers waited in the hallway.

The report is the result of one of several investigations into the shooting, including another led by the Justice Department.

A report earlier this month by tactical experts at Texas State University alleged that a Uvalde police officer had a chance to stop the gunman before he went inside the school armed with an AR-15.

But in an example of the conflicting statements and disputed accounts since the shooting, Uvalde Mayor Don McLaughlin has said that never happened.

That report had been done at the request of the Texas Department of Public Safety, which McLaughlin has increasingly criticised and accused of trying to minimize the role of its troopers during the massacre.

Steve McCraw, the head of Texas DPS, has called the police response an abject failure.

READ MORE: Guns are now leading cause of death for US children 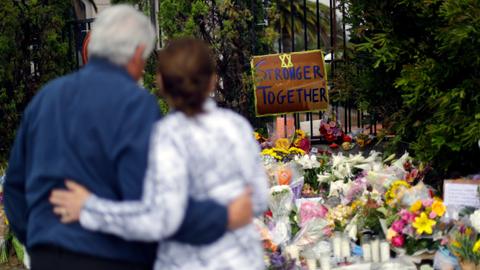