The White House has denied it was considering mobilising as many as 100,000 National Guard troops to round up unauthorised immigrants on US soil.

The White House on Friday denied it was considering a proposal to mobilise as many as 100,000 National Guard troops to round up non-citizens who are in the country illegally.

The Associated Press (AP), citing a draft memo it obtained, reported earlier on Friday that the Trump administration was considering utilising the military reserve branch in 11 states to target people who are in the US illegally, including millions living nowhere near the Mexico border.

However, White House spokesman Sean Spicer said the AP report was "100 percent not true" and "irresponsible."

''There is no effort at all to utilise the National Guard to round up unauthorised immigrants," he said.

The 11-page document calls for the unprecedented militarisation of immigration enforcement as far north as Portland, Oregon, and as far east as New Orleans, Louisiana.

The proposal includes states along the Mexican border, such as California, Arizona, New Mexico and Texas.

It also encompasses seven states Oregon, Nevada, Utah, Colorado, Oklahoma, Arkansas and Louisiana that are contiguous to those four.

Although the White House denied the report, if it is implemented, it would have tremendous impact on millions.

Nearly one-half of the 11.1 million people residing in the US without authorisation live in the eleven states, according to Pew Research Centre estimates based on 2014 Census data. 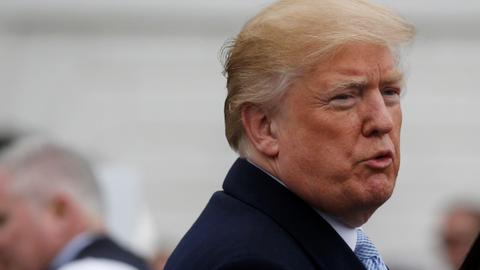