Mohammad may trade his life for cooperation with the American authorities, but how did a US-educated mechanical engineer land in one of the world's most infamous detention camps?

There was a world before September 11, 2001, and there is a world after 9/11. Khalid Sheikh Mohammad, or KSM as he is commonly known, has often featured prominently in that distinction.

He is the alleged mastermind behind the attacks which saw terrorists crash hijacked airliners into the World Trade Center in New York and the Pentagon building in Washington, while another plane crashed in Pennsylvania.

KSM also faces charges for the murder of the Wall Street Journal reporter Daniel Pearl in 2002. KSM reportedly beheaded Pearl and boasted about the crime by saying he did it “with my blessed right hand”.

It has been reported that KSM, who has been in American custody since 2003, has asked for a plea bargain, offering to cooperate if the death penalty against him is dropped.

This development could possibly allow the families of about 3,000 people killed in the attacks in their lawsuit against Saudi Arabia, which they believe should be held accountable for being complicit in the attacks.

KSM and the co-accused face multiple charges, including hijacking and terrorism. They are being tried by a military court at Guantanamo Bay.

While KSM’s case has been dubbed the ‘trial of the century’ very little is known about his past life.

Born in a Kuwaiti neighbourhood of Badawiya in the mid-1960s, KSM grew up among immigrants from other countries such as Palestine.

His parents were ethnic Baloch from the southern Balochistan province of Pakistan, who had settled in oil-rich Kuwait in the 1950s.

After initial schooling in Kuwait, KSM travelled to the US where he graduated from North Carolina Agricultural and Technical State University in 1986 with a degree in mechanical engineering.

But as The New Yorker’s Terry McDermott wrote in 2010, he returned to Kuwait a different man, angry at the US and Israel because of their treatment of Muslims.

That was the time when the Mujahideen, including Arab fighters backed by the American money and weapons, were fighting the Soviet forces in Afghanistan.

KSM got involved with the charity work. In the late 1980s, he went to the Pakistani city of Peshawar, which is located near the border with Afghanistan, where he helped Afghan refugees with essential aid.

In the 1990s, KSM planned multiple terror plots along with his nephew Abdul Basit, who is more famously known as Ramzi Yousif.

Yousif was convicted in the US for the 1993 bombing at the World Trade Center that left six people dead.

KSM was also involved in a botched plot to blow up US airliners over the Pacific and a US court even indicted him in secret for that planned bombing of the US-bound passenger planes.

Over the years, he took part in the planning and facilitating of other failed terror attacks, including a plot to assassinate Pope John Paul II in Manila and Richard Reid’s foiled attempt to blow up a plane with explosives hidden in his shoe.

He met Osama Bin Laden in the late 1990s and joined Al Qaeda. But he remained off the radar, dodging American intelligence officials for many years - even after the 9/11 attacks.

KSM was captured on March 1, 2003, in a joint operation by the CIA and Pakistani intelligence officers, from a compound in Rawalpindi.

He was flown to clandestine CIA prisons in different countries where, according to records, he was tortured and waterboarded 183 times.

There’s debate over whether he gave any useful information during those interrogations as the documents made public later showed that he often made up stories to throw his interrogators off track.

Initially the Pentagon said that KSM has accepted responsibility “from A to Z” for the attacks and the prosecutors sought a death penalty.

But his trial, heard by a military court at Guantanamo Bay detention center, has dragged on for more than a decade - often getting bogged down in legal wrangling.

The Obama administration at one time wanted to try KSM in a civilian court but later backed down.

The pre-trial sessions have gone on for a couple of years and the case is not expected to be concluded anytime soon. 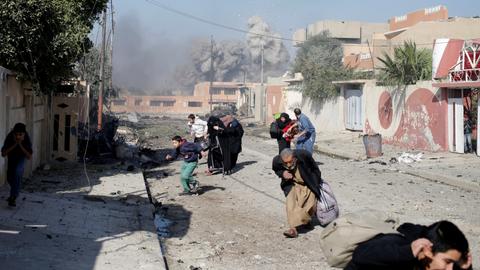