The Atlas of Islamic Thought, first published in 2017, has been expanded and reintroduced as a six-volume set and an interactive website.

A six-volume encyclopaedia that aims to serve as a repository of Islamic thoughts and philosophy over centuries has been launched in Istanbul, once the capital of the mighty Ottoman Empire.

The Atlas of Islamic Thought, launched on November 30, is a new and comprehensive edition of an encyclopaedia first published in 2017.

The encyclopaedia summarises the significant achievements of Islamic thought and philosophy, thanks to the hard work of more than 200 academics, researchers, historians, designers, software developers and survey engineers.

The atlas shines a light on a period that traditional historical sources – which tend to portray a Eurocentric view of the world – barely touch upon.

It spotlights Islamic cities that were the capitals of global philosophy between the 7th century CE and 17th century CE, when the Islamic world spoke Arabic, Turkish, Farsi and Urdu.

Speaking at the event, Turkish Minister of Education Mahmut Ozer said, “This project is very important in order to have the necessary inventory to understand our civilisation.”

The project’s coordinator Ibrahim Halil Ucer explained the process behind the second edition and drew attention to its motto, “Remember… and start writing your own story”.

“The fiqh (Islamic jurisprudence) section that was not included in the first edition has been added to the new version,” Ucer said.

The Atlas of Islamic Thought project was led by the Scientific Studies Association (ILEM) and funded by the Konya Metropolitan Municipality.

The new edition, introduced after five more years of work, provides an extended version, including detailed maps, graphics and videos. The website is accessible via desktop or mobile interfaces.

Led by associate professor Ibrahim Halil Ucer, the renewed project offers an uninterrupted, dynamic and integrated history of Islamic thought. It is augmented by articles on Islamic scientific disciplines in each era and notations on notable figures, cities, institutions and architectural wonders. 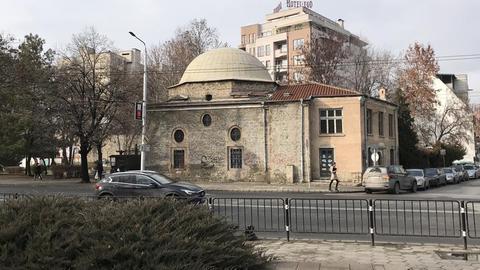