'Beliebers' were overjoyed after their maestro topped the winners list in Rotterdam, Netherlands after winning three of the five awards he was nominated for.

Canadian pop sensation Justin Bieber was the big winner at the 2016 MTV Europe Music Awards (EMAs) on Sunday night in the purple-themed awards ceremony which honoured music legend Prince, who died in April.

Bieber, who did not attend, won three out of five awards he was nominated for including winning Best Song award for his hit, Sorry, and also scooped the Most Fans and Best Canadian Act awards.

Lady Gaga, who is on tour in Japan took her total MTV awards tally to 35 after winning Best Female and Best Look awards, making her the most awarded artist in the history of MTV.

With a total of 35 different MTV trophies, Lady Gaga has now officially become the MOST-awarded artist in the HISTORY of MTV! #EMAs pic.twitter.com/TnhF08B9Uq

Beyoncé and Adele had the most number of nominations, but went home empty handed and American duo Twenty One Pilots also took two honours, with Best Live Act and Best Alternative.

Bruno Mars stole the show with his first big-stage performance of 24K Magic, a follow up to his smash 2014 hit Uptown Funk.

The event kicked off with Bebe Rexha performing her debut single, I've Got U. She also surprised viewers by changing her outfit 15 times during the evening.

What a way to open the #MTVEMA show! Bold entrance @BebeRexha !!! https://t.co/Fmt6ReCpKT

Veteran band Green Day gave the night a political spin after closing the show with their 2004 hit song American Idiot, a song in which they protested against the Bush administration and called for people to ignore propaganda and think for themselves.

To see all of the winners from the EMAs click here. 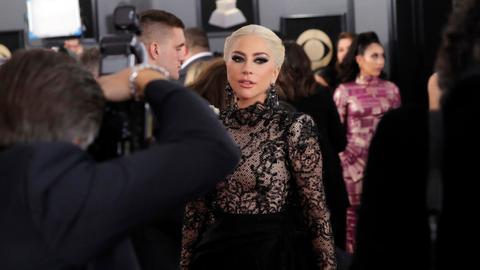 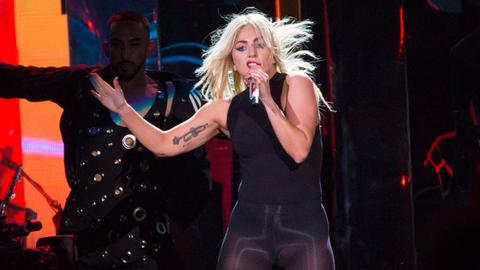