Pakistan’s only female media mogul goes up against foreign investors

1
Musician uses Victorian hologram technique to perform amid Covid-19
2
Cannes rolls out red carpet for scaled down film showcase
3
Show goes on for Olivier Awards, even with UK theaters shut
4
K-pop band TWICE reveals its daring side on new album
5
‘We've yet to cut a watermelon’: IG’s Turkish Dictionary turns one year old

Sultana Siddiqui is credited for revolutionising the drama industry but now is struggling to save her empire from a foreign hostile takeover.

Sultana Siddiqui is a titan in Pakistan’s media landscape. She has hosted shows in a regional language, directed and produced some of the most memorable drama serials, as well as helped launch the careers of many entertainers. Now, however, she’s fighting to protect that legacy from investors with deep pockets.

In the last couple of months, she says that her company, the Hum TV Network, which owns several entertainment and news channels, has come under attack from foreign investors who want to wrest control of her business.

“I’m the only woman who runs a media group in Pakistan and I have built my company after years of hard work,” she tells TRT World.

Starting in 2004, Hum is credited for revolutionising the popular soap-opera industry with shows such as Humsafar. Siddiqui and her son, Duraid Qureshi, have been at the helm of the company from the beginning.

Unlike all other media groups in the Islamic republic that are tightly controlled private enterprises, Hum TV is the only one listed on the Pakistan Stock Exchange where anyone can buy its shares.

An unusual pattern of trading at the bourse in recent weeks saw millions of company shares exchanging hands and the stock price shooting through the roof.

The intense bout of trading took place ahead of a company board meeting earlier this month, when a decision was supposed to be taken on the appointment of directors.

A company’s directorship is distributed among the investors in proportion to the stock ownership. Siddiqui, her close family and associates, hold 30 percent of the shares - whereas the foreign investors, according to Duraid, now control more than 44 percent.

The largest foriegn investor - Kingsway Capital, a UK-based asset manager - recently increased its shareholding, raising concern in the company that it was working with a few Pakistani backers to take over Hum TV.

Private equity firms like Kingsway, which invest in other companies on behalf of wealthy people and institutional investors, do not disclose who are its ultimate backers.

The cost of transparency

Duraid Qureshi, who is also a director on the company board, says the Hum TV management never felt threatened by foreign investors until recently.

“Foreign investors were confident in our management from the start. We had an understanding with them that they were not interested in taking control of the management. But I guess their interests have changed now.”

Qureshi says the company became vulnerable to a takeover after it incurred financial losses in the last two years. “That was because we had invested in a news channel. And it's a normal cycle where you lose money initially in a new project and then breakeven after a while.”

Many years of work

For Sultana Siddiqui, Hum TV is the culmination of her life-long work. She started to make her way up the professional ladder in the mid-1970s when the industry was dominated by men and when there was only state-run Pakistan Television for the artists.

Along the way, she dabbled in many businesses - once even winning a government tender to supply 300 ballot boxes during an election in the 1980s.

She is also a pioneer of the drama industry. Back in 1996, she opened up one of the first private production houses and started selling content to PTV.

“I was 26 years old, a single parent and raising three kids. Things weren’t always easy. I’d drop my children to school, go to work, then pick them up and go back to work again.” 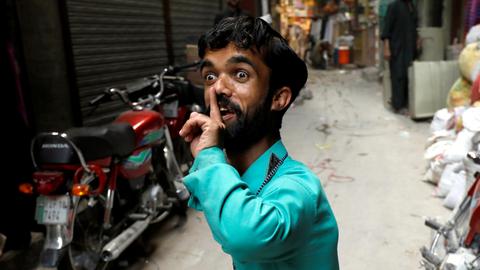 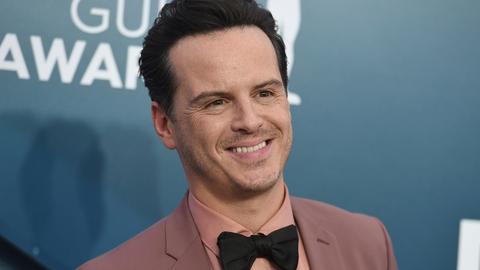 Show goes on for Olivier Awards, even with UK theaters shut

1
Musician uses Victorian hologram technique to perform amid Covid-19
2
Cannes rolls out red carpet for scaled down film showcase
3
Show goes on for Olivier Awards, even with UK theaters shut
4
K-pop band TWICE reveals its daring side on new album
5
‘We've yet to cut a watermelon’: IG’s Turkish Dictionary turns one year old