After writing hit songs for at least 20 years, songwriters are eligible for induction into the hall that includes iconic songwriters such as Missy Elliott, Paul McCartney and Bruce Springsteen.

Mariah Carey has been inducted into the prestigious Songwriters Hall of Fame, part of a class that also includes Pharrell, Steve Miller and the Isley Brothers.

This edition of the gala that honours the composers behind pop culture's most indelible hits was years in the making, after the 51st annual edition originally slated for 2020 was postponed due to the Covid-19 pandemic.

A true industry award and who's who of music, the Songwriters Hall of Fame gala foregoes a televised event in favour of a festive dinner and intimate concert.

But even without a broadcast, the Manhattan ballroom was glowing with star power, not least thanks to Carey, who strutted the stage in a glittering gown as she accepted the coveted honour.

Carey — whose songwriting talent has long been overshadowed by her elastic vocal range and pop star image — doubled as the night's stand-up comedian.

She made light of her own reputation as high-maintenance, at one point donning sunglasses to make a point about the less than ideal lighting.

But she struck a more earnest note in celebrating her fellow inductees and songwriters more broadly, calling them "unsung heroes."

For artist Jimmy Jam, who along with Terry Lewis produced a slew of massive hits including for Janet Jackson, Carey is among an elite class of songwriters whose work is timeless.

"There's nobody that's more savvy than her, that works harder, that knows all the intricacies of writing and is passionate about it," he said on the red carpet.

Carey chose self-taught singing prodigy Liamani Segura to perform at the ceremony in her honour.

The 13-year-old led the crowd through a medley of the Long Island-born singer's smashes, including "Fantasy," "One Sweet Day" and, of course, "All I Want For Christmas Is You."

Earlier in the night, inductee Miller shredded through his space dream of a hit "Fly Like An Eagle," after being inducted by his friend, the actor Bryan Cranston.

"It's really the highest honour — the most intellectual honour," Miller, 78, said on the red carpet of entering the songwriting pantheon. "It means the most to me." 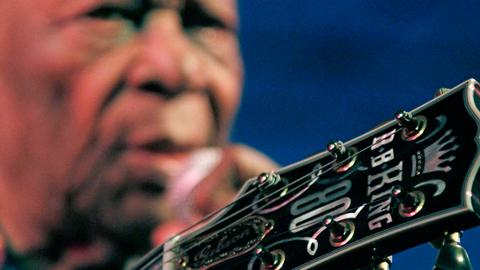