Officials put the toll at 48 with 28 others presumed dead after unprecedented rain forced several million people from their homes, media reports say, with more rain set to hit some areas for at least another day.

Heavy rainfall hammered southern Japan for the third day, prompting new disaster warnings on Kyushu and Shikoku islands on Sunday, as the government put the death toll at 48 with 28 others presumed dead.

Japanese government spokesman Yoshihide Suga said the whereabouts of 92 people are unknown, mostly in the southern area of Hiroshima prefecture.

More than 100 reports of casualties had been received, such as cars being swept away, he said. Some 40 helicopters were out on rescue missions.

"Rescues, saving lives and evacuations are a race against time," Prime Minister Shinzo Abe told reporters. "The rescue teams are doing their utmost."

Japan's government set up an emergency management centre at the prime minister's office and some 54,000 rescuers from the military, police and fire departments were dispatched across a wide swath of southwestern and western Japan.

The rain began late last week as the remnants of a typhoon fed into a seasonal rainy front, with humid, warm air pouring in from the Pacific making it still more active, a pattern similar to one that set off flooding in southwestern Japan exactly a year ago that killed dozens.

The Japan Meteorological Agency said three hours of rainfall in one area in Kochi prefecture reached an accumulated 10.4 inches, the highest since such records started in 1976.

"We've never experienced this kind of rain before," an official at the Japanese Meteorological Agency told a news conference.

"This is a situation of extreme danger."

The assessment of casualties has been difficult because of the widespread area affected by the rainfall, flooding and landslides.

Authorities warned landslides could strike even after rain subsides as the calamity shaped up to be potentially the worst in decades.

'All I have is what I'm wearing'

"All I have is what I'm wearing," a rescued woman clutching a toy poodle told NHK television.

"We had fled to the second floor but then the water rose more, so we went up to the third floor," she said.

A convenience store worker, who had fled to a nearby rooftop, said water had reached as high as his head.

The Japanese government set up an emergency office, designed for crises such as major earthquakes.

Evacuation orders or advisories were issued to more than 910,000 people, the Okayama prefecture said in a statement.

Kyodo news service reported several deaths in a landslide in Hiroshima and more bodies were retrieved from collapsed housing in the ancient capital of Kyoto, both areas where the rainfall was heavy in the past few days.

While the Japanese government monitors weather conditions closely and issues warnings from an early stage, the fact that much of the country outside major cities is mountainous and building takes place on virtually every bit of usable land leaves it vulnerable to disasters.

Reforestation policies after World War Two that saw many mountains logged and replanted with trees whose roots are less able to retain water have also contributed to the danger. 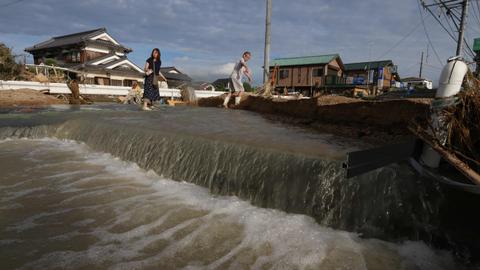 At least 179 killed in Japan floods 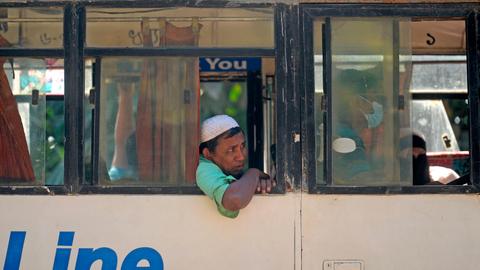