The deadly Galwan Valley border clash between the forces in 2020 led to multiple rounds of talks and a breakthrough appeared to have been achieved at a September meeting between the two foreign ministers in Moscow.

The foreign ministers of China and India have urged further steps to stabilise tensions along their disputed border following the pullback of forces from an area where a deadly clash broke out last summer.

Chinese Foreign Minister Wang Yi told his Indian counterpart, S Jaishankar, on Thursday that the disengagement by frontline troops had “significantly eased the situation” and that now is the time to maintain the momentum of consultations, build trust and “achieve peace and tranquility in the border areas,” his ministry said.

In a statement on Friday, Indian Foreign Ministry spokesperson Anurag Srivastava said the two sides "should now quickly resolve the remaining issues” along the Line of Actual Control high in the mountainous Ladakh region. He said that with their forces disengaging at friction points, “the two sides could also look at broader de-escalation of troops in the area and work towards the restoration of peace and tranquility."

China said last week that four of its soldiers were killed in the June 2020 clash, the first time Beijing has publicly conceded its side suffered casualties. The fighting was the deadliest incident between the Asian giants in nearly 45 years.

Immediately after the June 2020 clash on a high ridge in the Ladakh region’s Galwan Valley, India announced it had lost 20 of its soldiers in a battle in which fists, clubs, stones and other improvised weapons were used to avoid a firefight.

That led to multiple rounds of talks, and a breakthrough appeared to have been achieved at a September meeting between the two ministers in Moscow.

Troops began to withdraw on February 10 from the southern and northern banks of Pangong Lake and have pulled back to the positions they held prior to the start of tensions last year. Troops reportedly remain in a standoff in Depsang and at least two other places, Gogra and Hot Springs.

Each side accused the other of instigating the violence, which has further strained a difficult relationship dating partly from a 1962 border war. The fiercely contested Line of Actual Control stretches from Ladakh in the west to India’s eastern state of Arunachal Pradesh, which China claims in its entirety.

READ MORE: Timeline: the Line of Actual Control between China and India 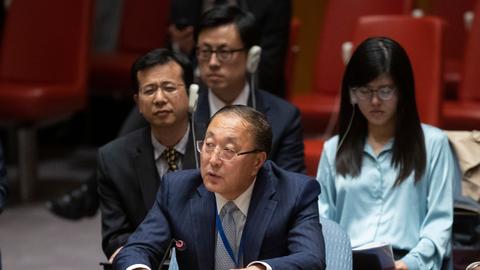