China to convert all its state companies to joint-stock firms

All big Chinese companies owned by the central government will be registered as limited liability companies or joint-stock firms by the end of the year. Beijing says the move will make its state-owned giants more nimble, efficient and modern.

About 90 percent of firms owned by the central government and local governments have already completed the process, the cabinet said in a statement on its website on Wednesday.

However, the statement did not say whether private capital will be allowed to invest in the state giants or whether they will list shares.

The central government is hoping its reforms will revive China's bloated and debt-ridden state-owned sector and create "bigger and stronger" conglomerates capable of competing on the global stage.

Part of the reforms will involve shutting the most uncompetitive firms. The ownership structure of some state-owned enterprises or SOEs will also be modernised.

One of the biggest problems facing China, particularly the lumbering state-owned giants, is a spike in debt since the 2008 global financial crisis.

Authorities have stepped up efforts to contain debt risks over the past year, and part of those steps have involved the restructuring of state firms.

Earlier this year, People's Bank of China Governor Zhou Xiaochuan said banks will withdraw support for financially unviable firms, repeating pledges by other officials to drive "zombie" firms out of the market.

China is also pushing mixed ownership to allow private capital to invest in firms while retaining the government's presence in the companies.

The state-owned asset regulator has said "erroneous" notions like "privatisation" and "de-nationalisation" should be avoided.

Party to continue leadership of the economy

Efforts will be made to strengthen the party's leadership at big state firms and to prevent the loss of state assets during restructuring, the cabinet said on Wednesday.

The party's leadership will also help protect employees' legal rights and ensure the stability of corporate reforms, the cabinet said.

One focus will also be on the formation of the board of directors at state-owned companies, the cabinet said, as part of efforts to bring it in line with present-day corporate governance practices.

The board will have a say in major corporate decisions, hiring and salary distribution.

Salary corridors linked to corporate profits and productivity will also be set up, according to the cabinet.

While details were sparse, the move will similarly change the way SOEs are organised.

The central government now owns and administers 101 enterprises in sectors ranging from nuclear technology to medicine.

The state asset regulator has told the enterprises and their subsidiaries to hand in their restructuring plans by end-September, the official Xinhua news agency said on Wednesday.

Xinhua reported that 69 of the enterprises, with assets totaling $1.2 trillion (7.97 trillion yuan), have not registered themselves as either joint-stock companies or limited liability firms.

The subsidiaries of the 69 enterprises hold 5.66 trillion yuan of assets, Xinhua said.

The SOE reforms come as the Communist Party prepares for a once-in-five-years congress later this year.

Ahead of the congress, one of the government's priorities has been to ensure stability in the country's financial system. Further opening China's economy and markets is another focus.

China's securities regulator pledged on Wednesday to expand access to capital markets for all types of investors, while encouraging more long-term institutional participation in the financial domain. 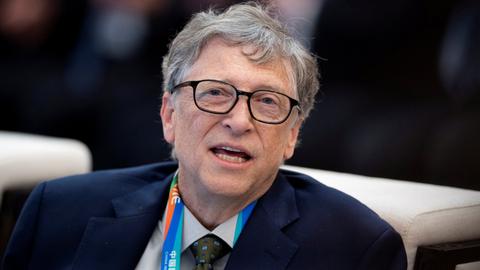