China to lift travel curbs on Hubei province at midnight

Chinese authorities will on April 8 lift the months-long lockdown in the city of Wuhan, where the coronavirus originated. But fears persist over a second wave of infections fuelled by people arriving from overseas.

China announced on Tuesday that a lockdown would be lifted on more than 50 million people in central Hubei province where the coronavirus first emerged late last year.

But fears rose over a second wave of infections fuelled by people arriving from overseas.

After two months living with draconian curbs on daily life, residents will be allowed to leave Hubei from midnight Tuesday if healthy, while Wuhan city –– the initial epicentre of the outbreak –– will end restrictions from April 8.

The province ordered the shutdown in January but has been gradually easing the rules and permitting people to move about within Hubei and return to work.

People who wish to travel in or out of Hubei or Wuhan will be able to as long as they have a "green" health code issued by authorities.

But schools in the province will remain closed.

New cases have slowed dramatically over the last month, although the first locally transmitted infection in nearly a week was reported in Wuhan on Tuesday, along with three cases elsewhere in the country.

But the figures pale in comparison to imported cases, which reached 74 nationwide on Tuesday – a trend that has fuelled anxiety about a possible second wave of infections just as authorities appeared to be bringing the country's outbreak under control.

The 74 imported cases were the most since officials started reporting the data at the beginning of March, and the number was nearly double that reported Monday.

As nations across the globe battle to contain the pandemic, which has now killed more than 16,500 people worldwide, the total tally of imported cases in China has soared to 427.

Many cities have brought in tough rules to quarantine arrivals, and all Beijing-bound international flights are being diverted to other urban centres where passengers are screened for the virus.

Authorities in Beijing said on Tuesday that anyone entering China via another city and then making their way to the capital in the last two weeks would also be tested for the virus and told to enter quarantine.

Shanghai and Beijing each reported a locally-transmitted infection on Tuesday that came from an imported patient.

State media warned of a second wave from abroad, with the nationalistic Global Times saying on its front page that "inadequate quarantine measures" meant it was "highly likely, even inevitable". 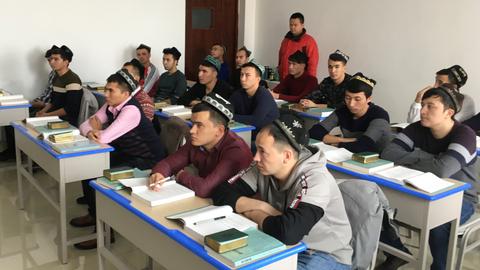