India floods: Risk of children being sold into slavery

Floods that have hit India's eastern region have put women and children at a higher risk of being preyed upon by human traffickers.

Women and children in India's flood-hit eastern region are at a high risk of being preyed upon by human traffickers and sold into slavery in middle class homes, restaurants, shops and brothels, aid workers warned on Friday.

Heavy monsoon rains have caused rivers including the Ganges and its tributaries to burst their banks, forcing more than 200,000 people into relief camps in the states of Bihar, Uttar Pradesh, Madhya Pradesh, Rajasthan and Uttarakhand.

The flood has claimed the lives of at least 300 people, submerged thousands of mud and brick villages and destroyed large areas of farmland - affecting millions of people across the five states.

Charities working in the worst affected regions of Bihar and Uttar Pradesh said trafficking was widespread in the aftermath of previous disasters in the region, such as last year's earthquake in neighbouring Nepal and floods in Bihar in 2008.

"Children are always the most vulnerable during emergencies - especially during floods, when families are forced to move to higher ground, leaving their homes for an extended period of time," said Thomas Chandy, CEO of Save the Children India.

"While a child's parents may not always remain in their close proximity, and with the presence of strangers, the threat of sexual abuse and child trafficking is high. There are organised groups of offenders who are quick to seize opportunities to exploit the plight of children."

South Asia is the fastest-growing and second-largest region for human trafficking in the world, after East Asia, according to the United Nations Office for Drugs and Crime.

India alone is home to 40 percent of the world's estimated 45.8 million slaves, according to a 2016 global slavery index published by the Australia-based Walk Free Foundation.

Thousands of children, mostly from poor rural areas, are taken to cities every year by gangs who sell them into bonded labour or hire them out to fraudulent employers.

Many end up as domestic workers or labourers in brick kilns, roadside restaurants or small textile and embroidery workshops.

Many women and girls are sold into brothels.

The breakdown of social institutions in devastated areas creates difficulties in securing food and humanitarian supplies, leaving women and children at risk of kidnapping, sexual exploitation and trafficking.

Government officials in Bihar said they were aware of the risk of exploitation and were working with charities such as Save The Children, ActionAid and the UN children's agency UNICEF to prevent cases of trafficking.

"Before the current floods, we had held meetings early this month on the issue of human trafficking," said Imamudin Ahmad, Director of Bihar's social welfare department.

"We are sensitising people and are involving everyone including the police department, labour department and social welfare departments."

With schools destroyed or shut down, aid agencies said they were creating "child friendly spaces" to give children a safe environment to play, learn and be with their families.

"The company of others, along with trained facilitators, ensures that children are able to discuss their challenges and reduce their anxiety," said Rafay Hussain, General Manager for Save the Children in Bihar.

"From our experience, we have seen that children need the company of their parents, family and friends during such crises – and every effort should be made to ensure that they do remain in such company, for their safety and overall well-being."

India usually experiences monsoons from June to September which are crucial for its agriculture sector, making up 18 percent of its gross domestic product and employing almost half the country's 1.3 billion people.

But in many states the rains frequently cause landslides and flooding that wash away crops, demolish homes and devastate livelihoods.

The floods in Bihar this year have killed at least 130 people.

Almost 1 million people across 24 of Bihar's 38 districts have been evacuated from their homes and are either in relief camps or have sought shelter on embankments and roads.

Television pictures showed people wading shoulder-high in floodwaters or sitting on the rooftops of partially submerged buildings, while others were seen climbing into boats as they were rescued by India's disaster response teams.

Authorities said that they had managed to reach the most affected communities, but aid agencies working in the state said rescue and relief efforts did not fulfil what was needed.

"We have also been working with the administration providing status updates, offering support and coordinating efforts. However all flood relief efforts are inadequate in terms of the scope and extent of the crisis," said Sandeep Chachra, Executive Director of ActionAid India.

"In particular many areas reported a shortage of boats. We need greater effort in building disaster preparedness and ensuring rapid response to emergency rescue and relief."

US will not police Afghanistan any more – Trump 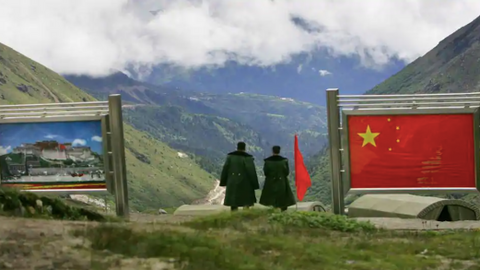 Trump offers 'to mediate' in India-China showdown in Kashmir