The statement by the Revolutionary Guards comes hours after attacks on Tehran's parliament and shrine of revolutionary founder Ayatollah Ruhollah Khomeini that killed 12 people and injured over 40.

Iran's elite Revolutionary Guards said Saudi Arabia and United States were "involved" in the twin attacks in Tehran on Wednesday that killed at least 12 people and injured 43.

"The Revolutionary Guards have always proven that they will never allow the blood of innocents to be spilt without revenge," they said in a statement.

"This terrorist action, coming one week after the meeting of the president of the United States with the leader of the one of the region's reactionary governments (Saudi Arabia)... shows they are involved in this savage action."

Separately, the deputy chief of the Guards' Intelligence Service, Mohammad Hossein Nejat, told the Fars news agency that the men who attacked the parliament building in Tehran were aged between 20 and 25.

"(They) went to the parliament as visitors. The guards became suspicious of their bags and when they wanted to search them, shooting began and they killed the security guard," he said.

The US and Saudi regime had ordered their stooges to do this.

He said the men spoke Arabic in the video released by Daesh from inside the building, but that their nationality was not yet known.

Twelve people were killed and more than 40 injured in the attacks on Tehran's parliament complex and the shrine of revolutionary founder Ayatollah Ruhollah Khomeini.

Later, Tehran police chief said five suspects were arrested and that they were under investigation.

"After the attack in the mausoleum of Ayatollah Khomeini, five suspects were arrested by the police … They are under investigation," Hossein Sajedinia was quoted as saying by ISNA news agency.

Speaking in Berlin, Saudi Foreign Minister Adel Al-Jubeir said there was no evidence to implicate Saudi Arabia in the attacks in Tehran.

"We condemn terrorist attacks anywhere they occur and we condemn the killing of the innocent anywhere it occurs," Jubeir told an event hosted by the Konrad Adenauer Stiftung, the think-tank of Chancellor Angela Merkel's Christian Democratic Union.

He said Riyadh had no knowledge of who was responsible for the attacks, and denied that Saudi groups were behind it.

"We don't know this. We haven't seen the evidence," he said, repeating Riyadh's longstanding view that Iran is the primary sponsor of terrorism around the world.

The US condemned militant attacks in the Iranian capital on Wednesday, the State Department spokeswoman said in a statement.

"The depravity of terrorism has no place in a peaceful, civilised world," she added.

"We will crush enemies' plots"

"Today's terrorist attacks in Tehran will make the Islamic Republic of Iran more determined in the fight against regional terrorism, extremism and violence," Rouhani said in a statement.

We will prove once again that we will crush the enemies' plots with more unity and more strength. 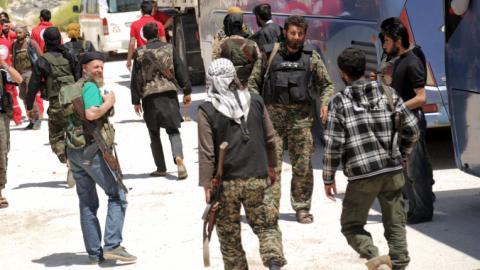