The former UN chief is expected to run for president in his home country. But after his relatives were charged with bribery, it may not be that easy as South Korea is still reeling from a corruption scandal involving the current leader.

What are the charges against Ban Ki-moon's relatives?

They are accused of conspiring to bribe a government official from the Middle East with $2.5 million, through a US middleman, in order to secure the $800 million sale of a building complex in Vietnam.

In the indictment, US prosecutors said the pair stood to make millions of dollars in commission on the sale.

How has Ban Ki-moon responded?

Ban told reporters on Wednesday in New York that he was surprised by the accusations.

"I am perplexed and embarrassed that close members of my family have become involved in something like this, I feel it is regrettable the situation has troubled many," Ban said.

Ban told South Korean TV he has no knowledge of the matter.

My nephew is grown and I barely had any involvement in his life or how he does business.

How will this affect Ban Ki-moon's bid for presidency?

Ban Ki-moon was not mentioned in the US indictment, however, his arrival to South Korea on Thursday has been clouded by the bribery scandals involving his family members.

It is widely expected that he will run in an election that may come early if President Park Geun-hye is forced from office after being impeached over an influence-peddling scandal.

Ban, a former South Korean foreign minister, is among the front-runners in polls to succeed Park. He is second only to opposition candidate Moon Jae In.

The 72-year-old has not said whether he will run for president nor has he affiliated himself with any party. He said he will make a decision soon on his political career. In December, he stepped down as UN Secretary General after a 10-year tenure in the post.

Analysts told Singapore newspaper The Straits Times that Ban might offer a public apology to minimise the impact of the scandals on his presidential bid.

Kim Byung Ki, politics and international relations professor at Korea University, told the newspaper that Ban is "guilty by association" despite not being directly involved in the scandal.

Ki concluded the indictment will hurt Ban's reputation but "it's not going to destroy him". He said political scandals are commonplace in South Korea.​

What is the current state of South Korea's political crisis?

Ban has returned to a country gripped by political crisis stemming from a corruption scandal that has engulfed the political elite.

In 2016, South Korea witnessed the biggest anti-government protests seen in decades. Thousands of people took to the streets of Seoul, demanding President Park step down over the scandal.

If the Constitutional Court upholds the impeachment, Park would become South Korea's first democratically elected leader to leave office in disgrace and an election would be held in two months. The court is expected to make a decision before June.

If the Court rules in favour of Park, the scheduled date for the next presidential election is December. 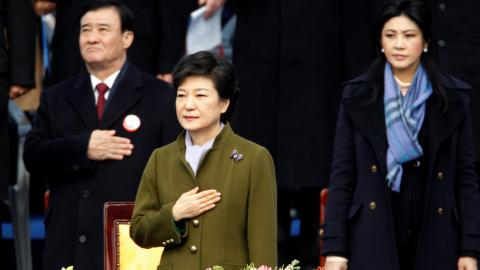 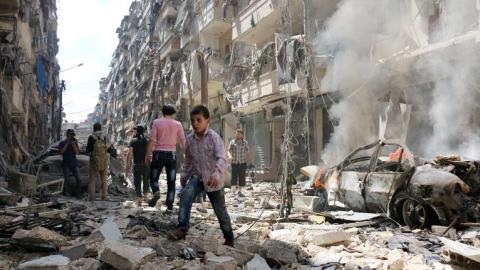