Japan and South Korea share a bitter history that includes Japan's 1910-45 colonisation of the peninsula and the "comfort women" issue is especially touchy. The US allies are key to efforts to rein in North Korea's nuclear and missile programmes.

South Korea said this week that the 2015 agreement, struck by President Moon Jae-in's conservative predecessor, had failed to meet the victims' needs and resolve the feud.

The 2015 agreement was "a promise between the two nations. Keeping this promise is an international and universal principle. We cannot accept South Korea's unilateral demands for additional measures," Abe told reporters.

"We have been sincere in executing every promise we made. We want to continue to strongly ask South Korea to do the same."

Seoul is not seeking to renegotiate the agreement, which the two sides had said would "finally and irreversibly" end the feud if both parties stuck to it.

Under the deal, Japan apologised again and promised $8.99 million (1 billion yen) for a fund to help the women.

But South Korea has urged Tokyo to take added steps, including a fresh apology.

Japanese media reports have said Abe may not attend the Winter Olympic Games in Pyeongchang, South Korea next month because of the feud, although the government's top spokesman said on Thursday that it had not been decided. 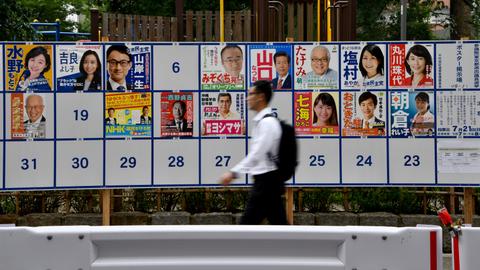