Malaysian authorities said on Sunday they had intercepted a boat ferrying a group of 202 people believed to be ethnic Rohingya.

The boat was found adrift around one nautical mile from a luxury beachside resort on the holiday island of Langkawi, off the west coast of the Malaysian peninsula, the Malaysian maritime enforcement agency said in a statement.

The group included 152 men, 45 women, and five children. All 202 have been detained at the coastguard's Kedah state headquarters.

The group will be handed over to immigration authorities for attempting to enter the country illegally, the coastguard said.

Malaysia, which does not recognise refugee status, is a favoured destination for ethnic Rohingya fleeing a military-led crackdown in Myanmar and squalid conditions at refugee camps in Bangladesh.

More than 100,000 Rohingya live in Malaysia after fleeing Myanmar, but they are considered illegal immigrants.

The agency said it would also investigate complaints from the migrants about three alleged members of a migrant smuggling syndicate who escaped from the boat while out at sea.

In February, at least 15 Rohingya refugees died when a vessel carrying about 13 0 people capsized in the Bay of Bengal while trying to reach Malaysia. 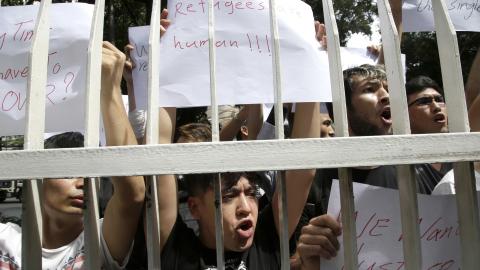 Life in limbo: the refugee experience in Southeast Asia 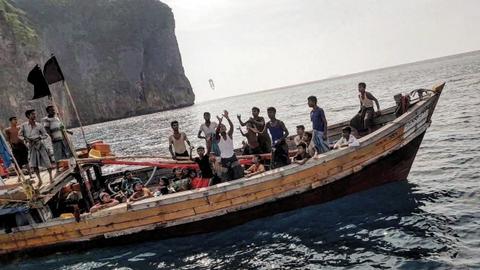