The latest launch comes less than a month after the North conducted its first ICBM test in defiance of years of efforts led by the United States, South Korea and Japan to rein in Pyongyang's nuclear weapons ambitions.

North Korean leader Kim Jong Un personally supervised the midnight launch of the missile on Friday night and said it was a "stern warning" for the United States that it would not be safe from destruction if it tries to attack, the North's official KCNA news agency said.

The joint military exercise, conducted by South Korea and the United States on Sunday, comes one day after North Korea test fired an inter-continental ballistic missile (ICBM) which landed in the waters off the coast of Japan. 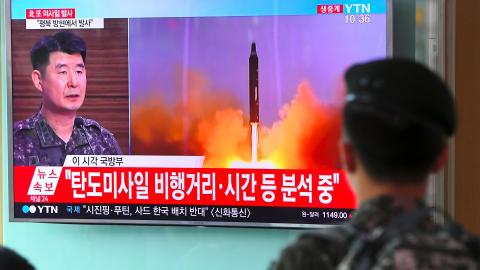