New Zealand emergency services and defence personnel evacuated hundreds of tourists and residents from a small South Island town amid stronger aftershocks on Tuesday, a day after a powerful earthquake killed two people. The temblor sparked up to 100,000 landslides.

The 7.8-magnitude tremor struck just after midnight on Sunday, destroying farm homesteads and sending glass and masonry toppling from buildings in the capital, Wellington. Road and rail links were disconnected throughout the northeast of South Island.

Running out of water

The town of Kaikoura, South Island's main city about 150 kilometres (90 miles) northeast of Christchurch, remained cut off by massive landslips. The town, a popular base for whale-watching, has a population of 2,000, which Prime Minister John Key said is bolstered by tourists, mostly international backpackers.

"We're looking to do as many flights as we can out of Kaikoura today," he said.

Around 400 of the 1,200 tourists stranded in the town were flown out on Tuesday, including 12 people with a variety of injuries, officials said. The Chinese Consulate-General arranged for over one hundred Chinese tourists to be transferred by helicopter.

Mark Solomon, a leader of South Island's indigenous Maori Ngai Tahu tribe, which has tourist and fisheries businesses around Kaikoura, said the local marae (Maori meeting place) had taken in 1,000 people since Monday morning. Many slept overnight in the communal hall or in vehicles outside.The Red Cross, which used defence force helicopters to bring in emergency generators, satellite communications and water bladders, said water in the town was running out.

The tribe had been feeding them with crayfish, a delicacy for which the South Island town is famous. With no power, the tanks that hold the expensive crustaceans stopped pumping.

"It's better to use the food than throw it in the rubbish so we sent it up to the marae to feed people," Solomon said over the phone.

Gale-force winds and rain hampered recovery efforts, and hundreds of aftershocks continued to rock the region. A 6.2 tremor near Kaikoura was the most powerful and was felt strongly in Wellington.

Finance Minister Bill English said the government was well positioned to deal with the expected repair bill of billions of dollars, with low debt and budget surpluses.

"We are in about as good a shape as we could be to deal with this natural disaster," English told parliament.

New Zealand media reported that three cows, filmed stranded on a small patch of grass surrounded by landslips near Kaikoura, had been rescued by a farmer.

Acting Civil Defence Minister Gerry Brownlee said New Zealand had accepted the use of two US Navy helicopters, as well as an offer of help from the Japanese military.

It was hoped an inland road to Kaikoura from the south could be reopened by the weekend, Brownlee said.

New Zealand lies in the seismically active "Ring of Fire", a 40,000 km- (25,000 mile-) arc of volcanoes and oceanic trenches that encircles much of the Pacific Ocean. Christchurch is still recovering from a 6.3 magnitude quake in 2011 that killed 185 people. 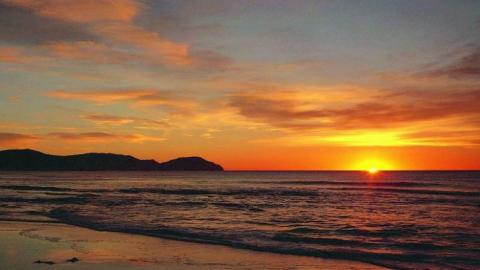 No damage after quake generates small tsunami in New Zealand 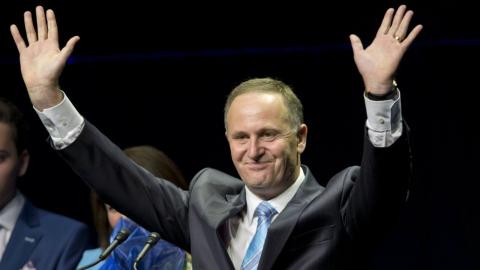 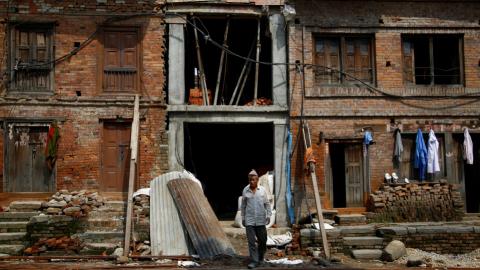