Pakistani police say they have arrested three people after a mob of angry Muslims ransacked a Hindu temple over the weekend and damaged a school and several homes belonging to the minority community in the southwestern town of Ghotki.

The attack followed accusations that a Hindu school principal had insulted Prophet Muhammad. Such accusations are common in the Muslim-majority country and are often found to be false and incendiary after investigations.

Thousands of members of the Hindu community live in Ghotki, in Pakistan's Sindh province.

Blasphemy is an extremely sensitive topic in Pakistan, where penalties range from small fines to the death sentence, and dozens of people are on death row in the country’s jails.

No executions have been carried out in the country for blasphemy, but even a rumour of blasphemy can spark mob violence and there have been cases of people misusing the law to settle scores.

At least 67 people have been killed over unproven blasphemy allegations since 1990, according to human rights groups. 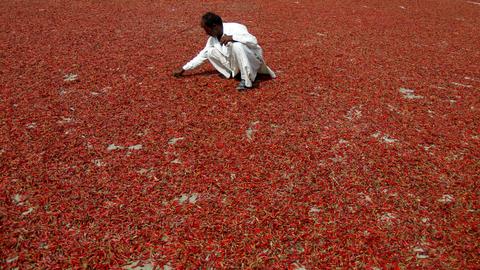